Nala (801), was the first calf added to the Shannon dolphin catalogue and so she is our first known second generation animal.  She was born in 2012 and her mother Sarafina (006) is one of the original 25 animals added to the catalogue when the project began in 1993.

She quickly became a favourite of SDP researchers and we are delighted to see her doing well at the start of every season. At less than a year old she got her picture in the paper when she was photographed with a lamprey attached to her side. Like most of the juveniles and young adults she does like to bow ride.  She was photographed in summer 2019 bow riding a tanker as it left the Shannon Estuary.  We didn’t know it at the time but she was less than 5 weeks from giving birth to her first calf when this picture was taken. 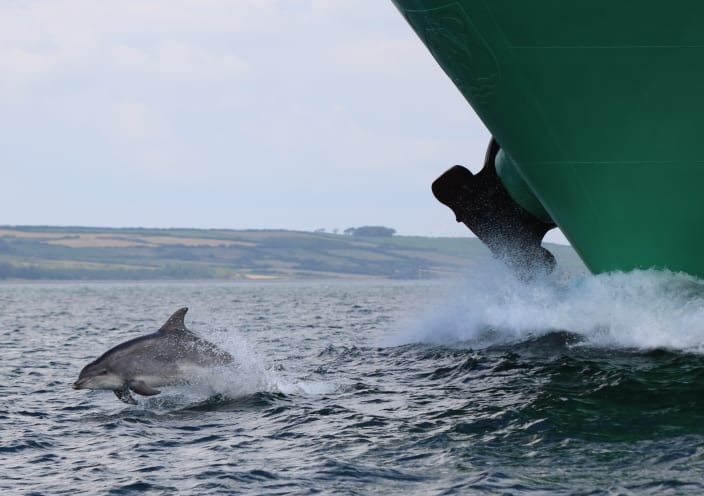 Nala giving birth to her first calf was an important milestone in the project as this animal is the first known third generation in the population, that is to say we know who her mother and grandmother are.

She is most frequently sighted in the inner estuary with the male Sabre, pictured together at Tarbert pier in Co. Kerry. However, we have seen her at Loop Head during the spring of 2021.

Since having her calf she has also been frequently seen in a nursery group with Mist. 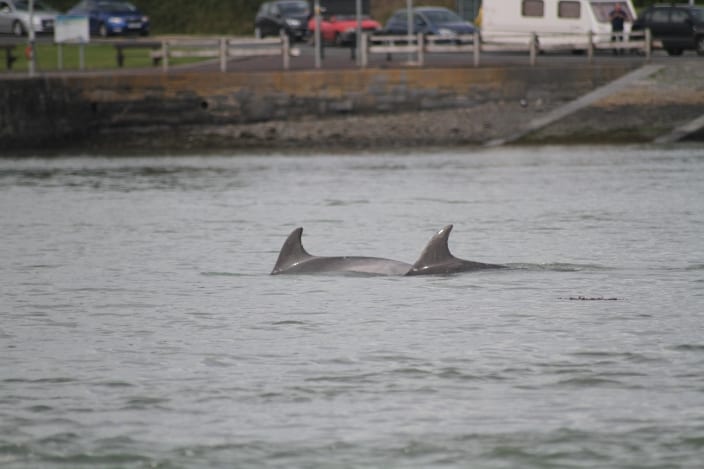 She was also seen several times during summer 2019 with mama and younger sibling 880, pictured below.