The IWDG began visiting the Cabo Verde Islands off West Africa in 2003 to try to locate the breeding grounds of humpback whales feeding in Irish waters. Since then six expeditions have taken place with support from the Island Foundation, Bord Iascaigh Mhara, the Heritage Council, Karl Mayer Foundation and Cape Verde Development.

Yacht-based surveys involved recording all species and effort and taking out local researchers to build national capacity. Many rare species were recorded, some for the first time in Cabo Verde.

Photo-identification has been used in an attempt to match Irish individuals at these breeding grounds but there have been no matches to date. Contaminant profiles in blubber do support the hypothesis that the likely origin of Irish whales is west Africa and genetics has shown this is a discrete population.

In 2019 and 2020 we obtained our first matches between Ireland and Cabo Verde showing that at least some of the humpback whales feeding in Ireland breed in Cabo Verde. 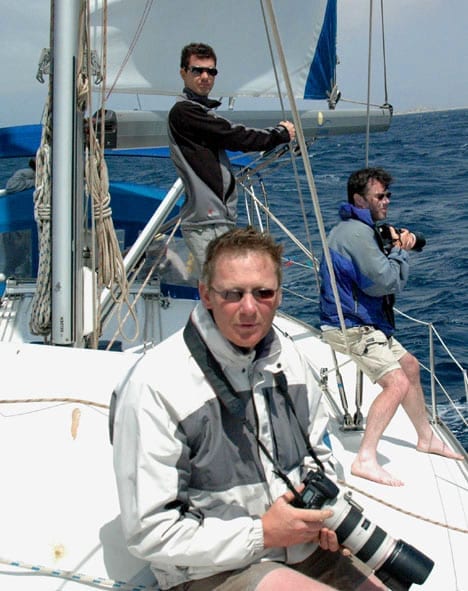 
These downloads are for members only. If you have a membership, please log in.