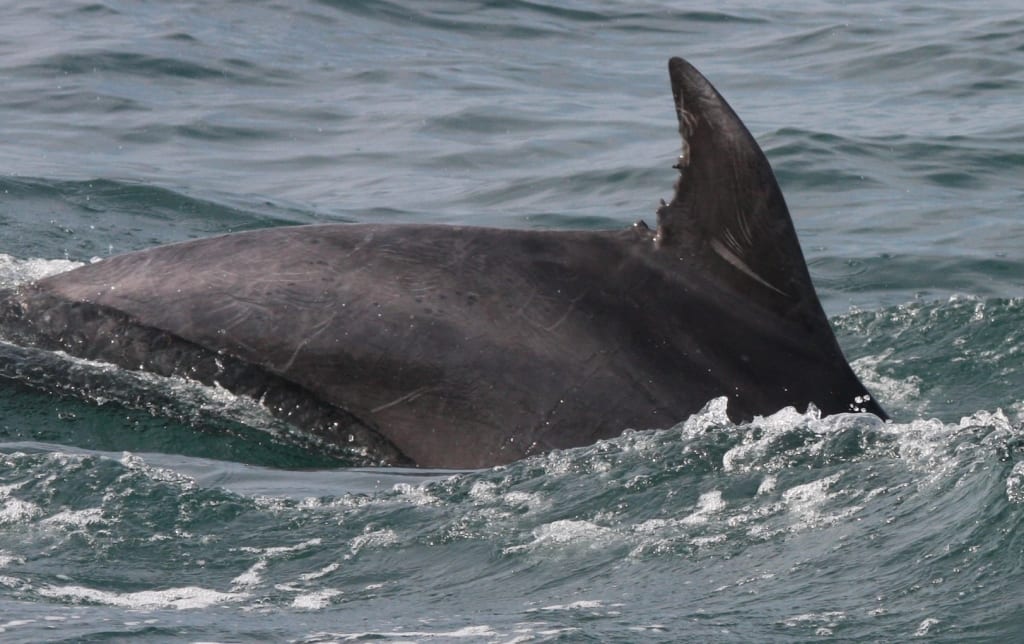 Cú Chulainn is not ‘trap happy’ that is photo id for he avoids the boats and so we rarely photograph close to us.   We photograph him mostly from land, where he is blissfully unaware of our presence.  So we are lucky he is so well marked.  HIs fluke, as well as his dorsal fin, has several notches. He also has a very unique fin shape as the leading edge (the front of the fin) is relatively straight on the lower half of the fin while there is a sharp bend on the upper portion. All this makes him another Shannon dolphin that is very easy to match.

As you can see from the pictures, he is quite an enthusiastic hunter and so we named after the greatest warrior in Irish mythology.

He is most frequently seen in Brandon Bay and the outer Shannon Estuary. Brandon Point and the cliffs at Loop Head Lighthouse are the best locations to see this Shannon dolphin. 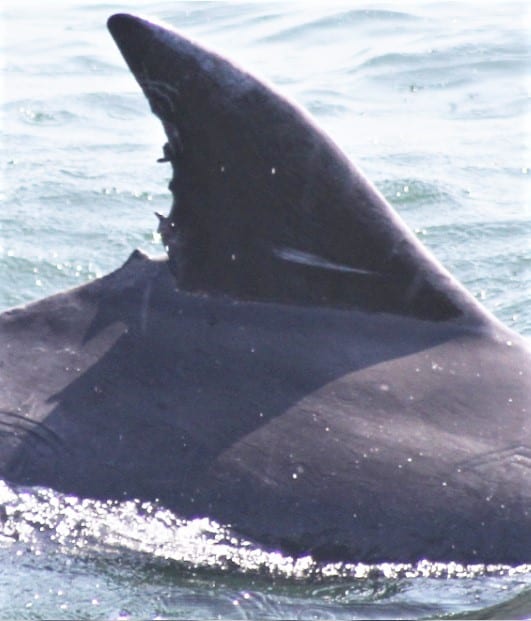 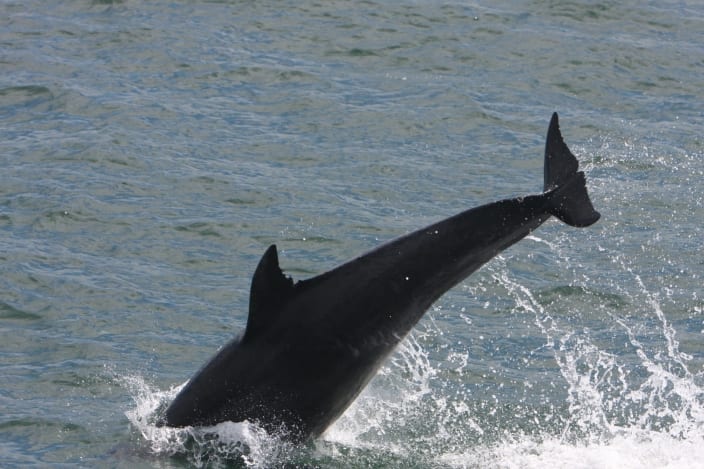 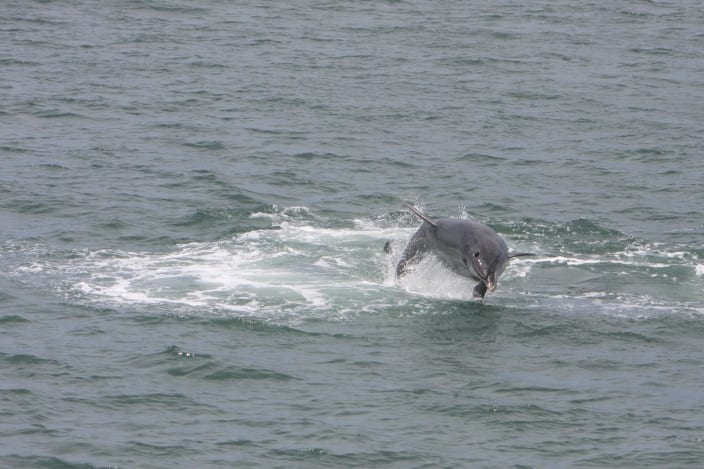