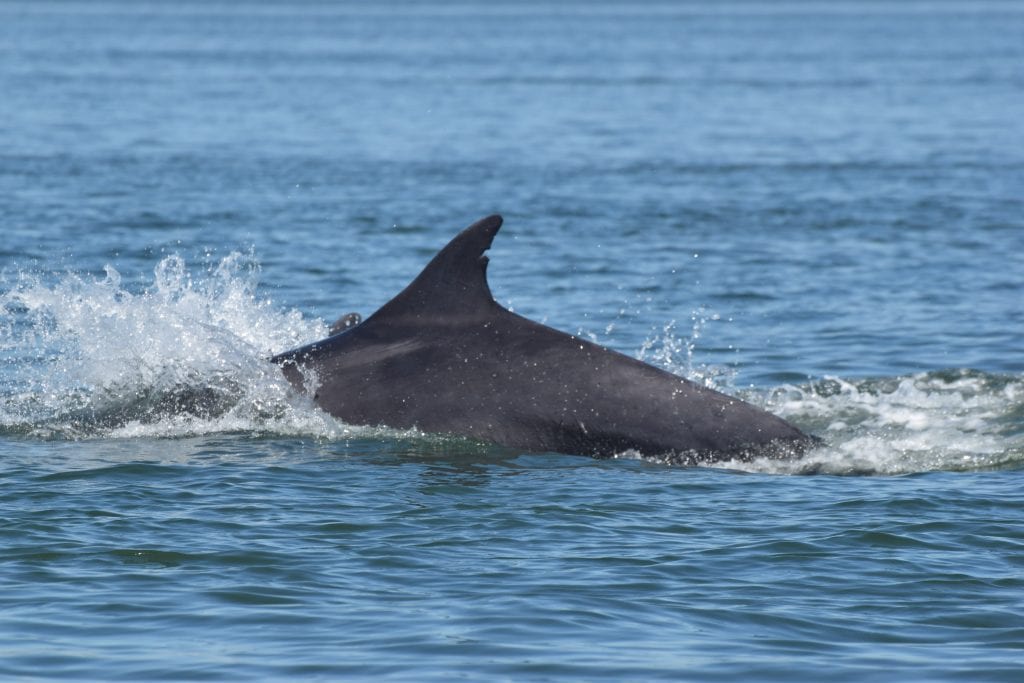 Fathom is the social butterfly of the Shannon dolphin population, she can turn up anywhere, with anyone.

She is very well marked dolphin and so is one of the easiest dolphins in the population to match,  even when images are taken from quite a distance. Notice the deep, hooked notch in the middle of her fin.

She has one known calf, Tom Crean.  Like his mother, Tom can turn up anywhere throughout the Shannon dolphin’s range and so he was named after the famous explorer. 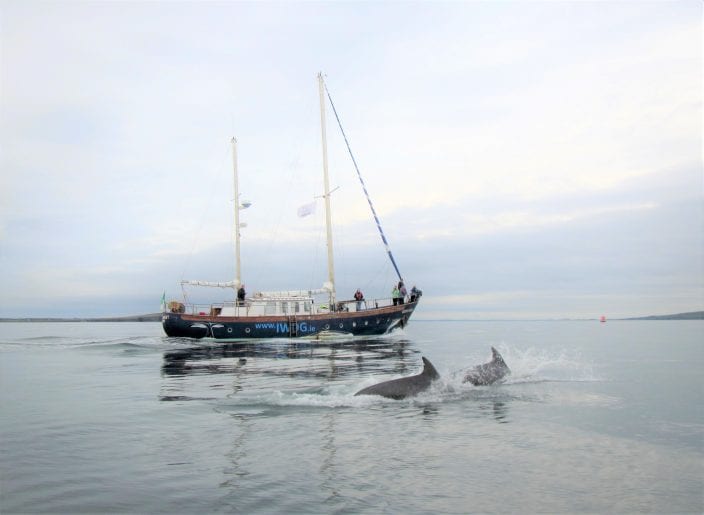 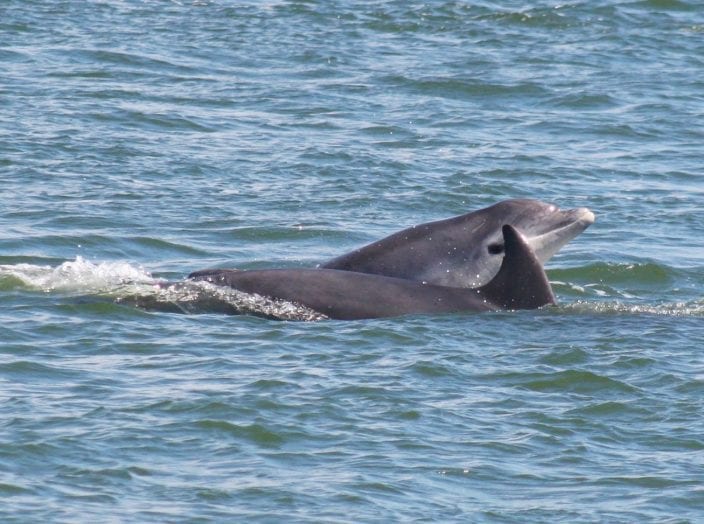 While she does move around we have seen her many times in Carrigaholt Bay and from the cliffs at Loop Head Lighthouse, pictured below in the spring of 2021. 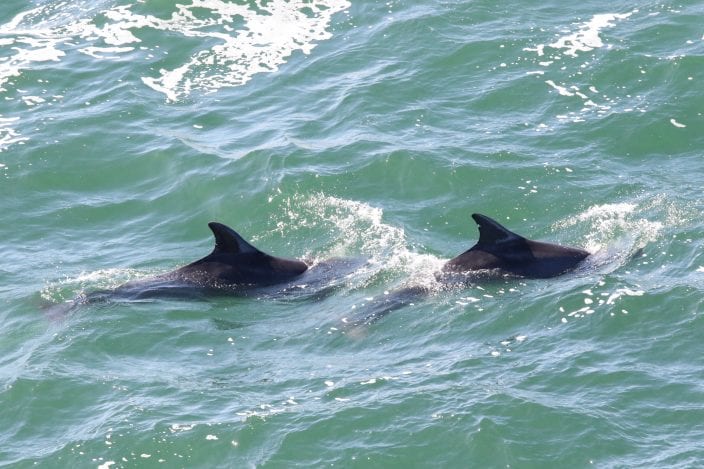 Fathom with Carrigaholt Castle and pier in the background in 2010. 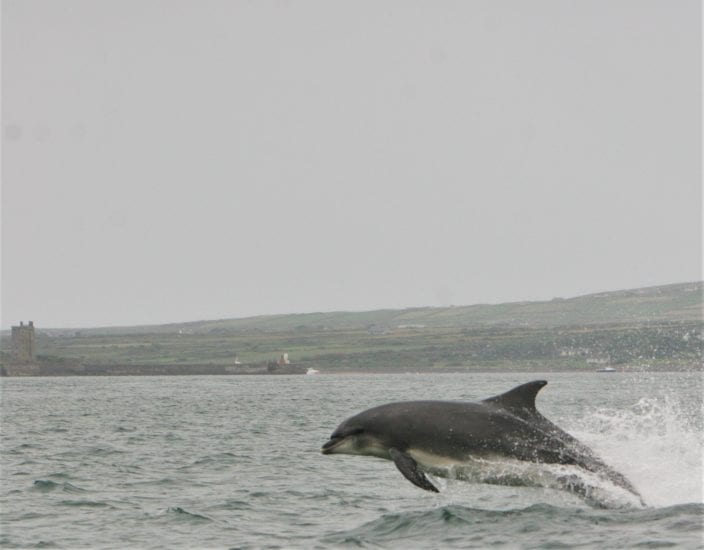 Fathom socialising,  you can see her mammary slits confirming she is a female. 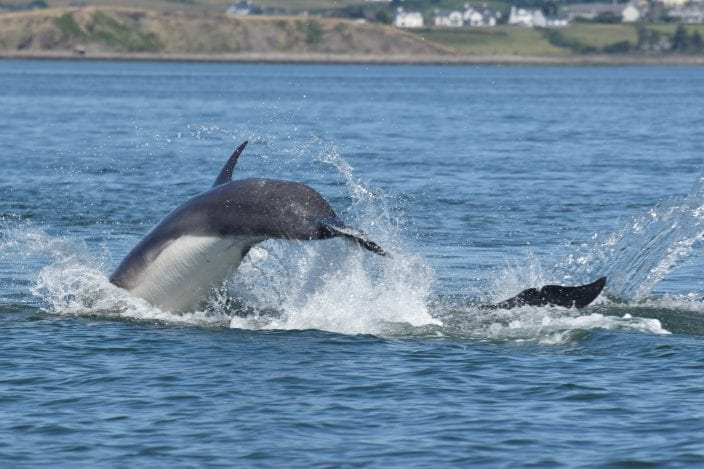