The IWDG Ferry Surveys programme conducts line transect surveys for cetaceans on board commercial car ferries using volunteer citizen scientists. Our ferry surveys started on 2001 with our first route across the Irish Sea from Dublin to Liverpool with P&O Ferries. In 2002 we changed routes to Rosslare to Cherbourg in France, and later from Dublin to Cherbourg, both with P&O Ferries. The Cherbourg surveys continued until the route was dropped by P&O Ferries in 2003.

In 2002 we also commenced a new survey route across the Irish Sea from Dublin to Holyhead with Irish Ferries. And in 2004 we started surveys on another Irish Ferries route from Rosslare to Pembroke in Wales. Both of these routes continue to this day with the ongoing generous support of Irish Ferries.

In 2006 we commenced a survey route, again with P&O Ferries across the north Irish Sea from Larne to Cairnryan. Unfortunately, this route proved to be a little too short for a survey! So, in 2013 we changed to the Belfast to Cairnryan route with Stenaline, which continues to this day.

We thank our generous sponsors Irish Ferries, Stenaline Ferries and P&O Ferries for their support past and present without which we could not continue these monitoring surveys. 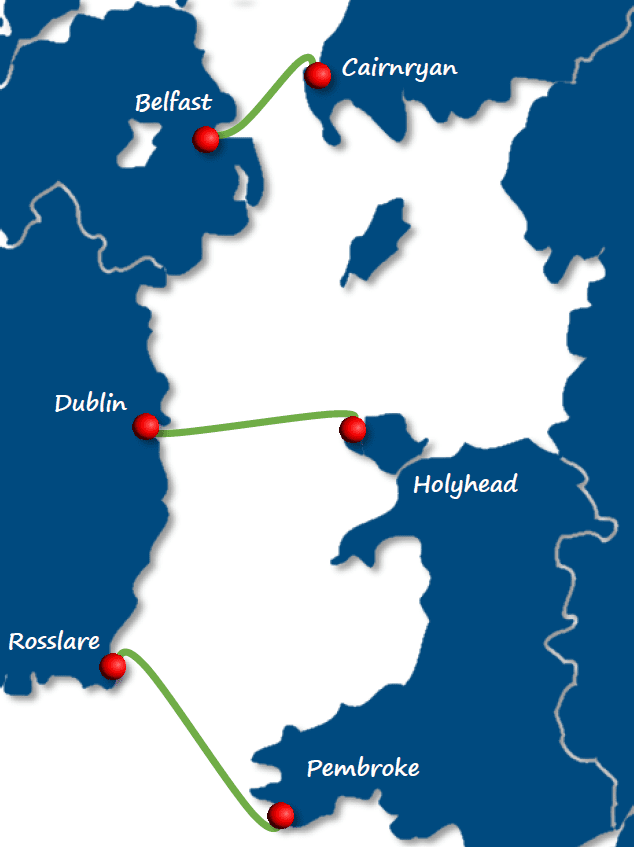