A live stranding is a living animal that comes ashore and is unable to return to the sea, occurring in two forms; single strandings and mass strandings. Why cetaceans live strand remains a mystery, and even after investigation it is not always definitively possible to determine the reason behind it. Some causes of live strandings may be due to natural reasons and outside our control, while other causes can be greatly reduced or even eliminated through human actions. The following are a list of causes which may contribute to the incidence of live strandings of cetaceans in Ireland; health and old age, group cohesion and family bonds, navigation error, environmental factors, foraging and anthropogenic causes (human activity).

The Story of Sandy Salmon

An adult bottlenose dolphin live stranded at Beal, north Kerry in the Shannon estuary on 1 June 2012.

The dolphin called “Sandy Salmon” was re-floated but its prognosis was not considered good as bottlenose dolphins are resident in the Shannon and it was assumed it was sick.  However on 27 June it was photographed in the estuary in a group of 9 individuals, looking healthy. It was photographed on 10 occasions between June and September 2012 and in 2013 it was recorded with a calf “Muddy Mackerel” indicating it was pregnant when stranded. 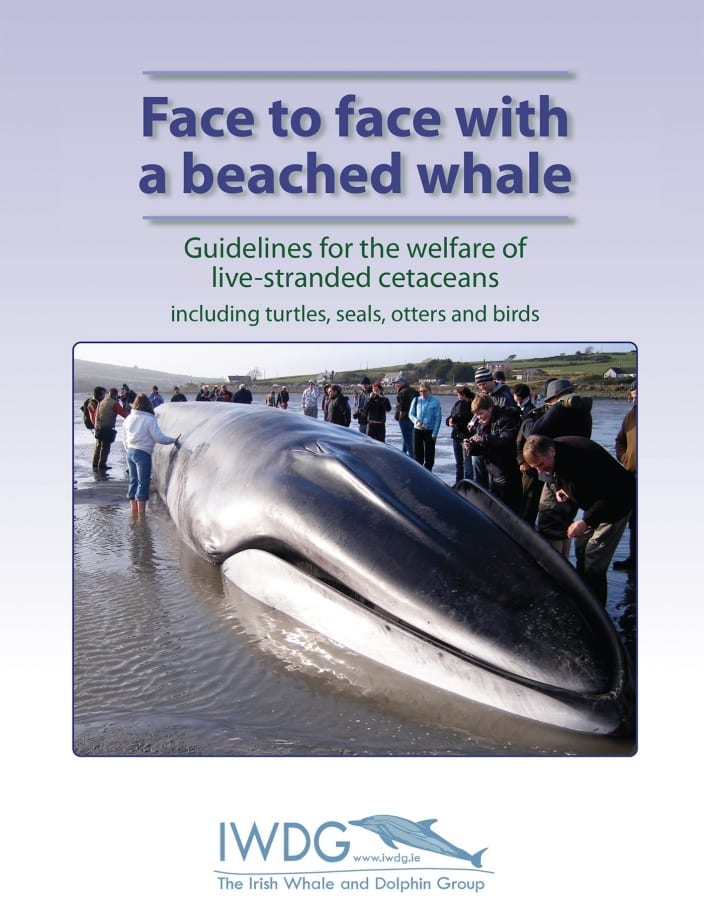 Face to Face with
a Beached Whale

IWDG has recently published the latest revision of ‘Face to Face with a Beached Whale: Guidelines for the welfare of live stranded cetaceans’, which can be found on our shop here. This revision builds on the Cetacean Welfare Policy using the most up to date scientific information on cetacean stranding, aiming to provide for the welfare of the stranded animal while minimising the risk to human health and safety.

Download here IWDG Face to Face with a Beached Whale