The IWDG’s first offshore survey took place in June 1993 off the Mullet Peninsula in the vicinity of where two Norwegian whaling stations had operated some 80 years prior to it. The four week survey used the International Fund for Animal Welfare’s Song of the Whale research vessel to visually and acoustically record cetaceans.

While none of the species of large whale that were caught between 1908-1922 were observed during the survey (blue, fin, sei, sperm, right or humpback whales), sightings of minke whales, pilot whales, harbour porpoises along with bottlenose, common and Atlantic white-sided dolphins were made. The lack of large whale sightings may have been influenced by poor sea conditions or reflected their overall absence in the area.

SOTW also took the Minister and Irish IWC commissioner into the Shannon Estuary to lobby their support for a Southern Ocean Whale Sanctuary. Consequently, Ireland fully supported the sanctuary and hosted the IWDG in Dublin in 1995.

Download the survey publication:
Acoustic and visual survey of cetaceans off the Mullet Peninsula, Co Mayo


More downloads are available for members only. If you have a membership, please log in. 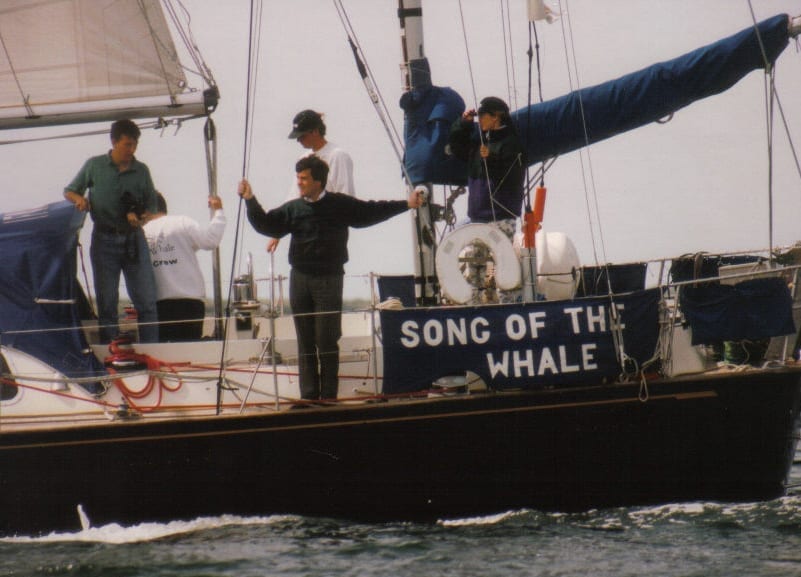