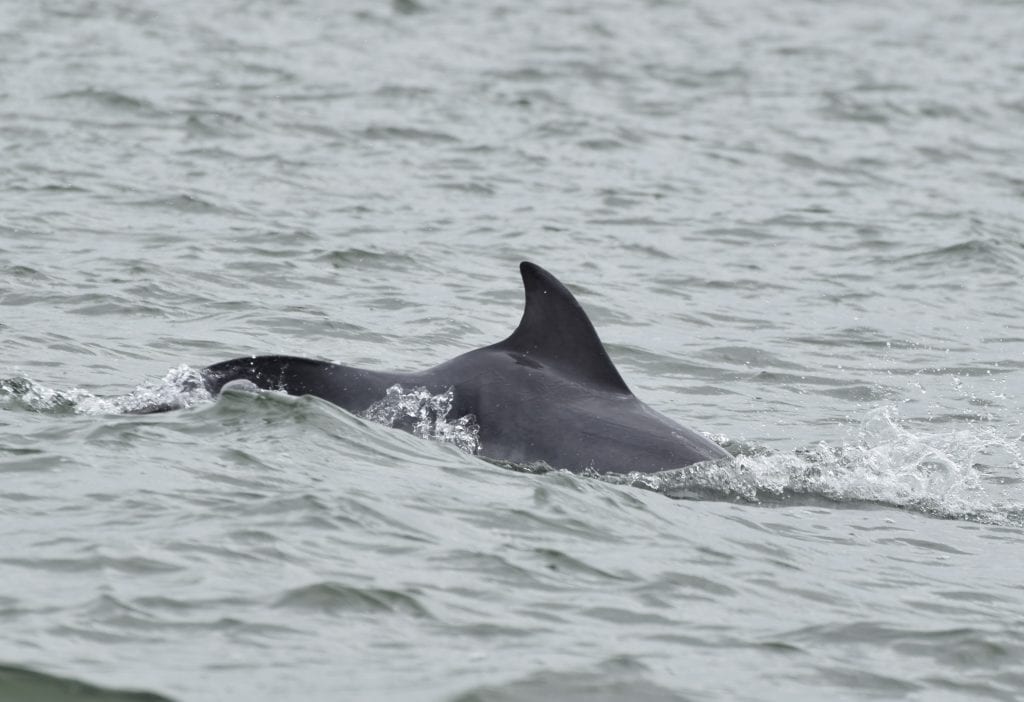 Patch is the second known calf of Danú and younger brother of Mist.  Born in 2014, humps on his side were noticeable by 2015.  By the 2016 field season it was quite apparent that this animal suffered from scoliosis.

Scoliosis is a lateral curvature of the spine, you can see Patch’s body behind the dorsal fin is twisted to the right above.  This abnormality has been seen in other Shannon Dolphins and in bottlenose dolphin populations around the world.

There can be several reasons for a dolphin to develop scoliosis, it may be congenital or it can be result from an injury to the vertebrae.  While many dolphins with scoliosis have been known to survive for decades,  the animals with more severe cases have impaired swimming abilities and this will impact their chances of survival.

At the end of the 2018 field season Patch was seen with a group that were travelling fast a towards tanker, so they could bow ride as it travelled down the estuary.  While he tried, he was unable to keep up with the rest of the group.  This was the last sighting we had of Patch. 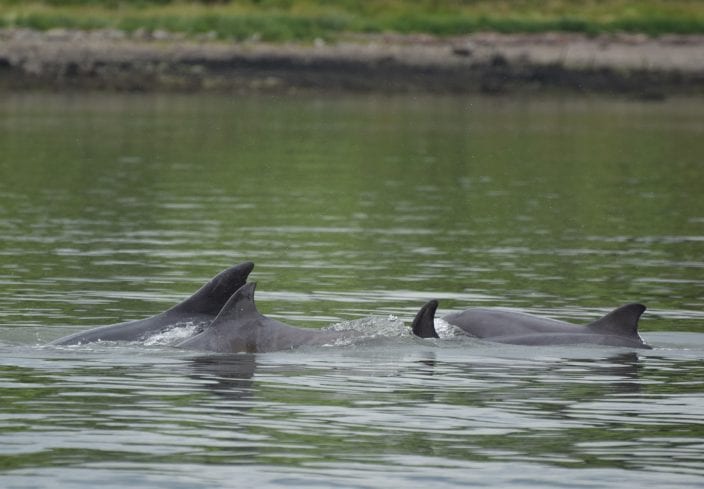 Patch at less than a year old with a group Shannon dolphins in the inner estuary. 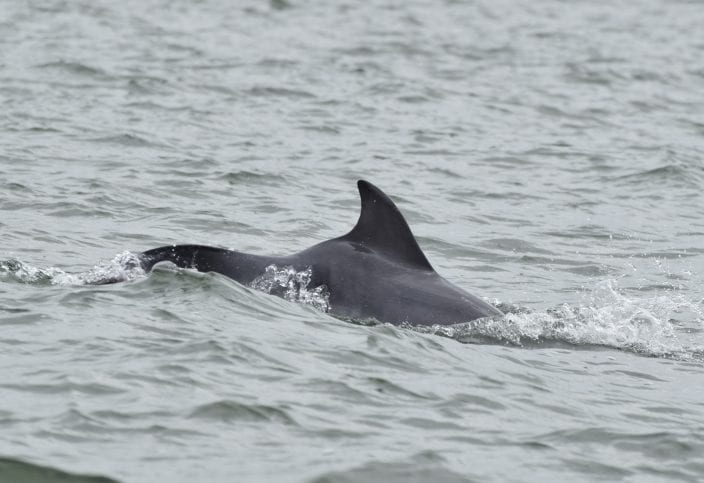 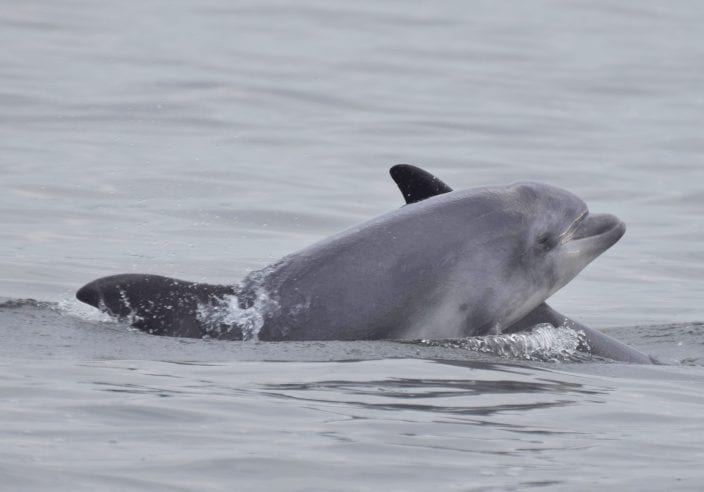 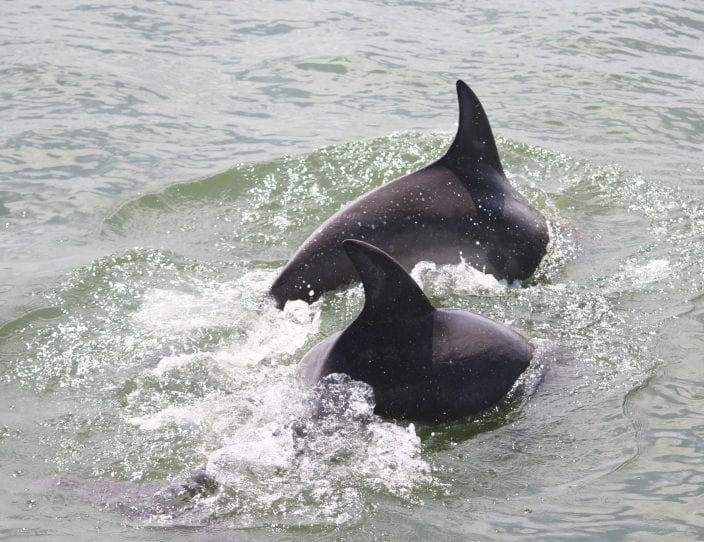 Patch at 2 years old with another inner estuary calf, Keane.