A large, robust dolphin with a characteristically short, stubby beak and a curved dorsal fin. Colouration is almost uniformly gun-metal grey along the flanks, back and flippers. In common with other species, the underside is pale.

They are a very active species that regularly breach acrobatically, bow ride boats, tail slap and stun prey by surface rushing. Aggressive interactions have been recorded with harbour porpoises, often resulting in the porpoise’s death from internal injuries caused by being repeatedly rammed.

Three separate populations have been identified using genetic studies and photo-identification in the Shannon Estuary, coastal and offshore waters. Some dolphins in the coastal population have been documented moving along the Irish coast and even north to Scotland while the Shannon population is resident to the estuary and surrounding areas and little is known about the offshore population. 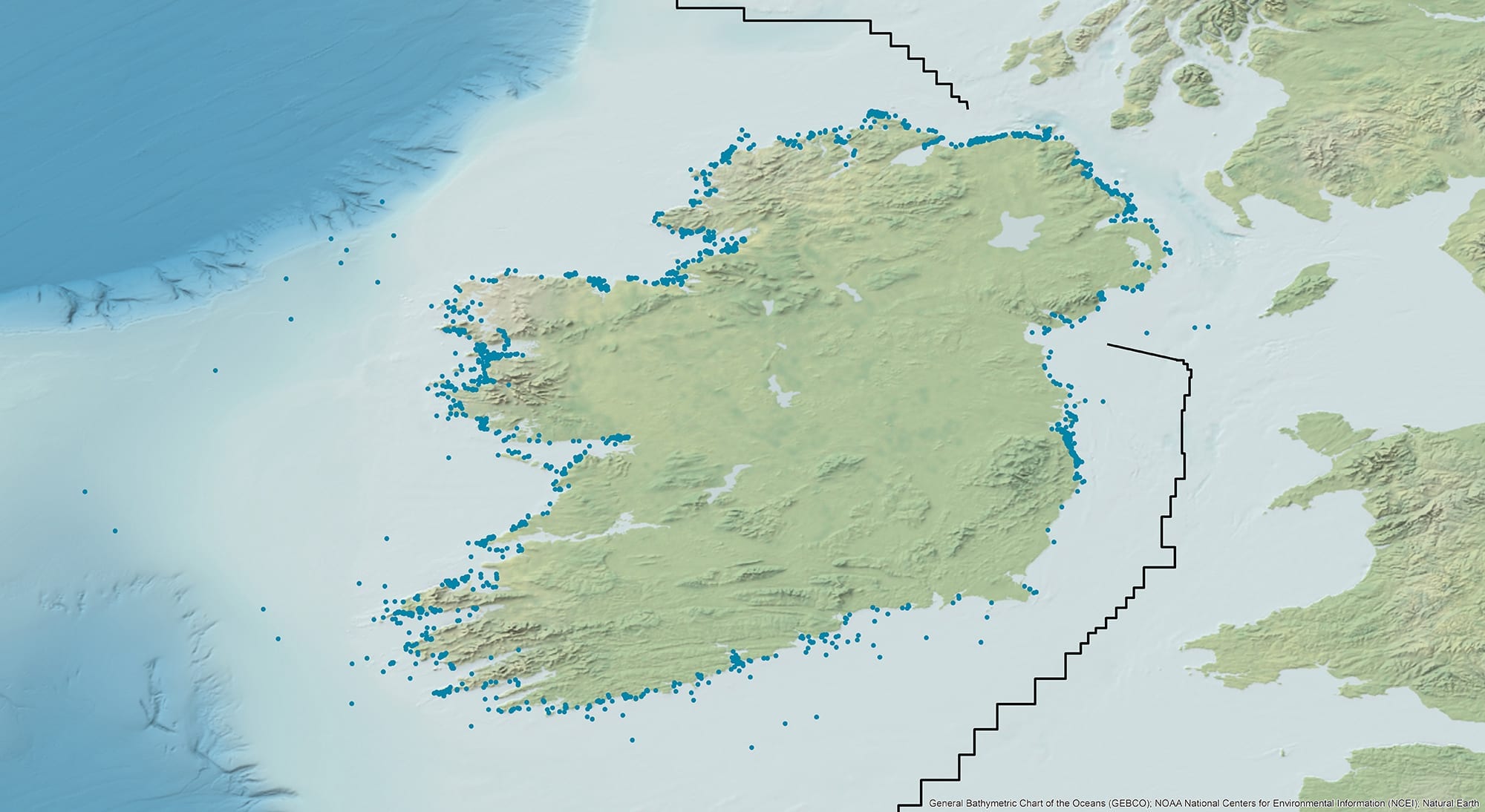