Predominantly black in colour with elongated white flippers that are 1/3 of the body’s length. Tubercles (sensory bumps) are around the top of the head. They have an irregularly shaped and relatively small dorsal fin and knuckle like ridges along the tail stock.

This species shows a low, bushy blow when surfacing. They regularly breach and slap their flippers at the surface, but they are most famous for tail-fluking prior to a deep dives.

At least 92 individual humpback whales have been recorded to date (2019) in Irish waters using photo-identification since 1999. Many of these return to the same areas of the southwest year after year, and some have even been recorded over three decades. Others have been recorded internationally off Gibraltar, the Netherlands, Norway and Iceland. 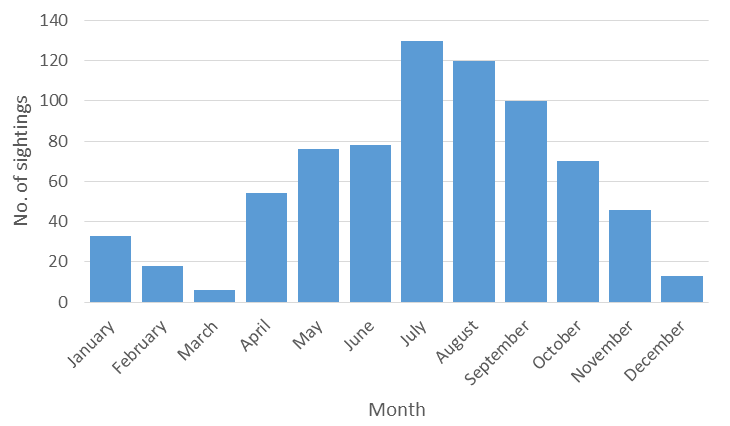 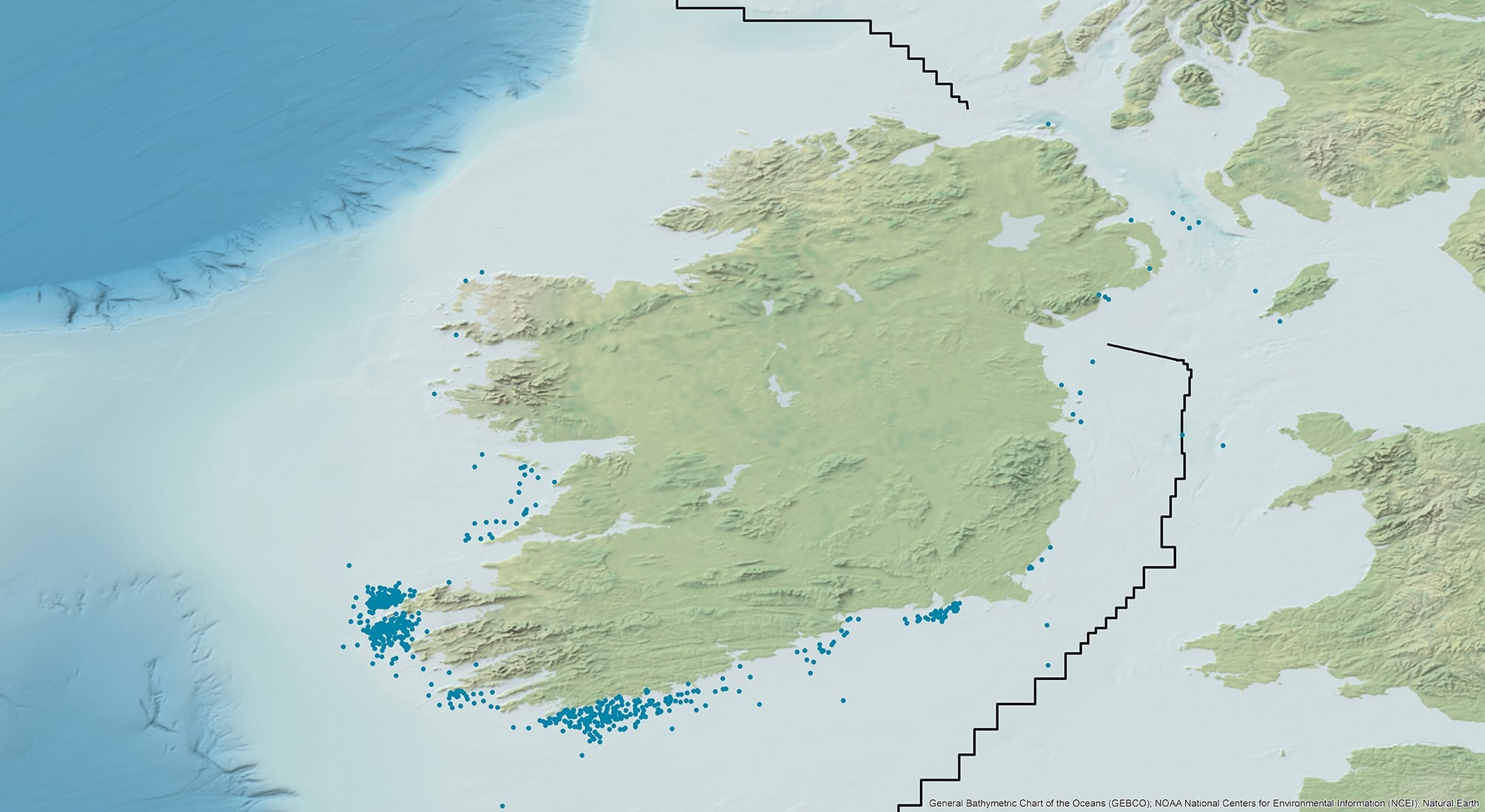