They are an extremely large and streamlined whale with a pointed head (rostrum), proportionate pectoral fins and tall but curved dorsal fin. They are uniquely asymmetrically coloured with a white lower right jaw contrasting their black lower left jaw.

A tall columnar blow is produced when surfacing that can reach 7-8 m in height. Due to their large size, their back very obviously rolls forward until their dorsal fin is displayed before diving. They almost never breach or tail fluke.

To date over 60 individual fin whales have been Photo identified in Irish waters, mostly along the South coast. Some individuals have been re-sighted inter-annually but several have been recorded over a decade like the individual known as “Scar” (FWIRL2) who has appeared on numerous occasions from Cork to Waterford since 2005. 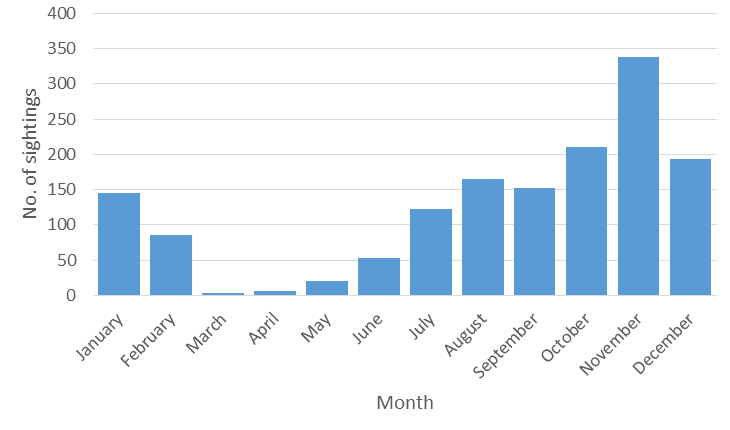 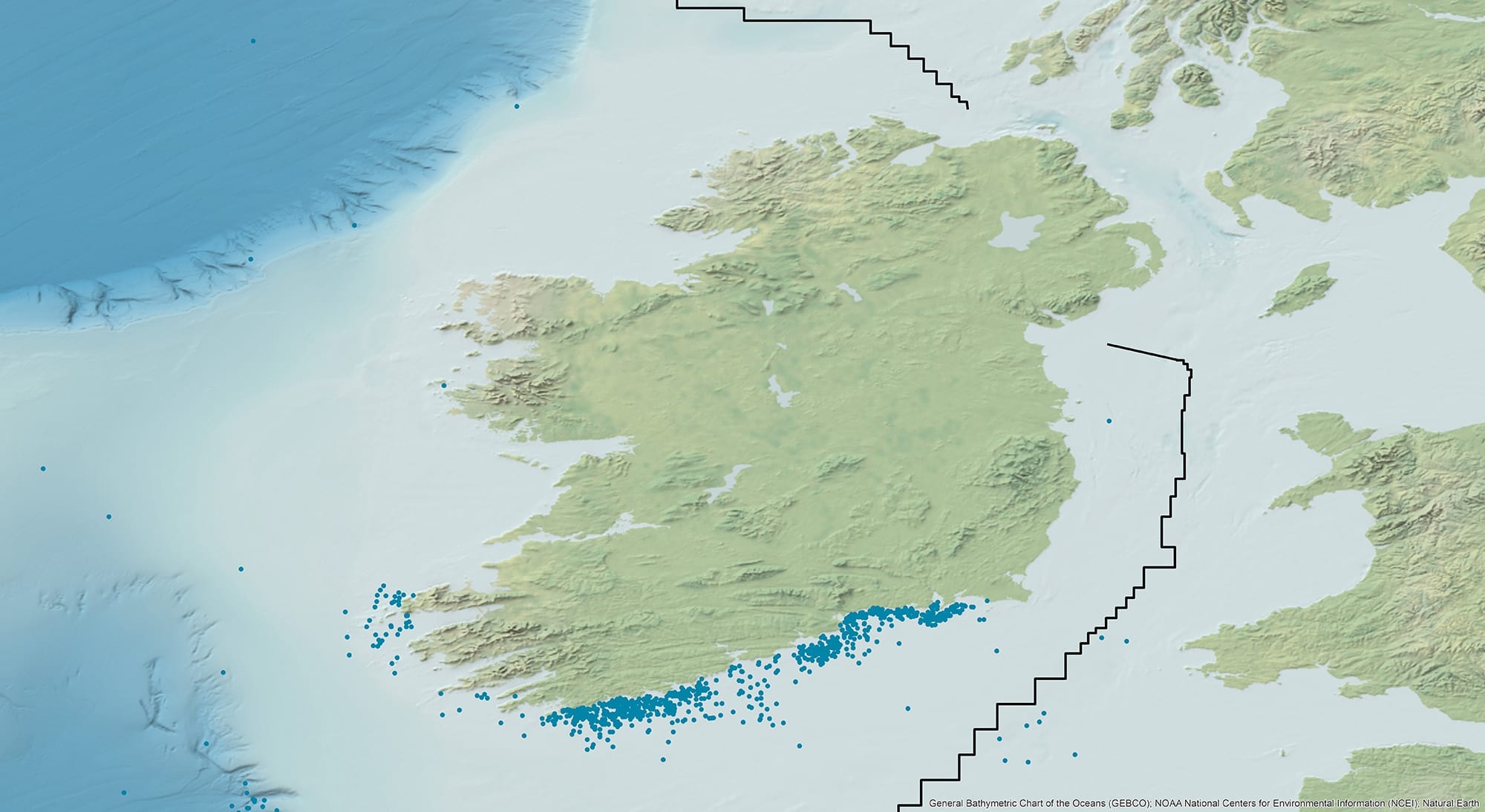