They are extremely streamlined with a slender body. The dorsal fin is very tall and sharply curved to a point. The tip of the head is diagnostically curved downwards. They are dark coloured on top and white underneath with dark grey baleen. A large minke or small fin whale may be mistaken for a sei whale.

Their blow rises up to 3 m high. This species does not tail fluke and rarely breaches. Their dorsal fin and blow may appear simultaneously, indicating their shorter length and taller dorsal fin compared to a fin whale

Little is known about sei whales in Irish waters. There has been 2 live strandings in Northern Ireland since 2006 and a handful of confirmed sightings off counties Galway, Mayo and Kerry since 2009. 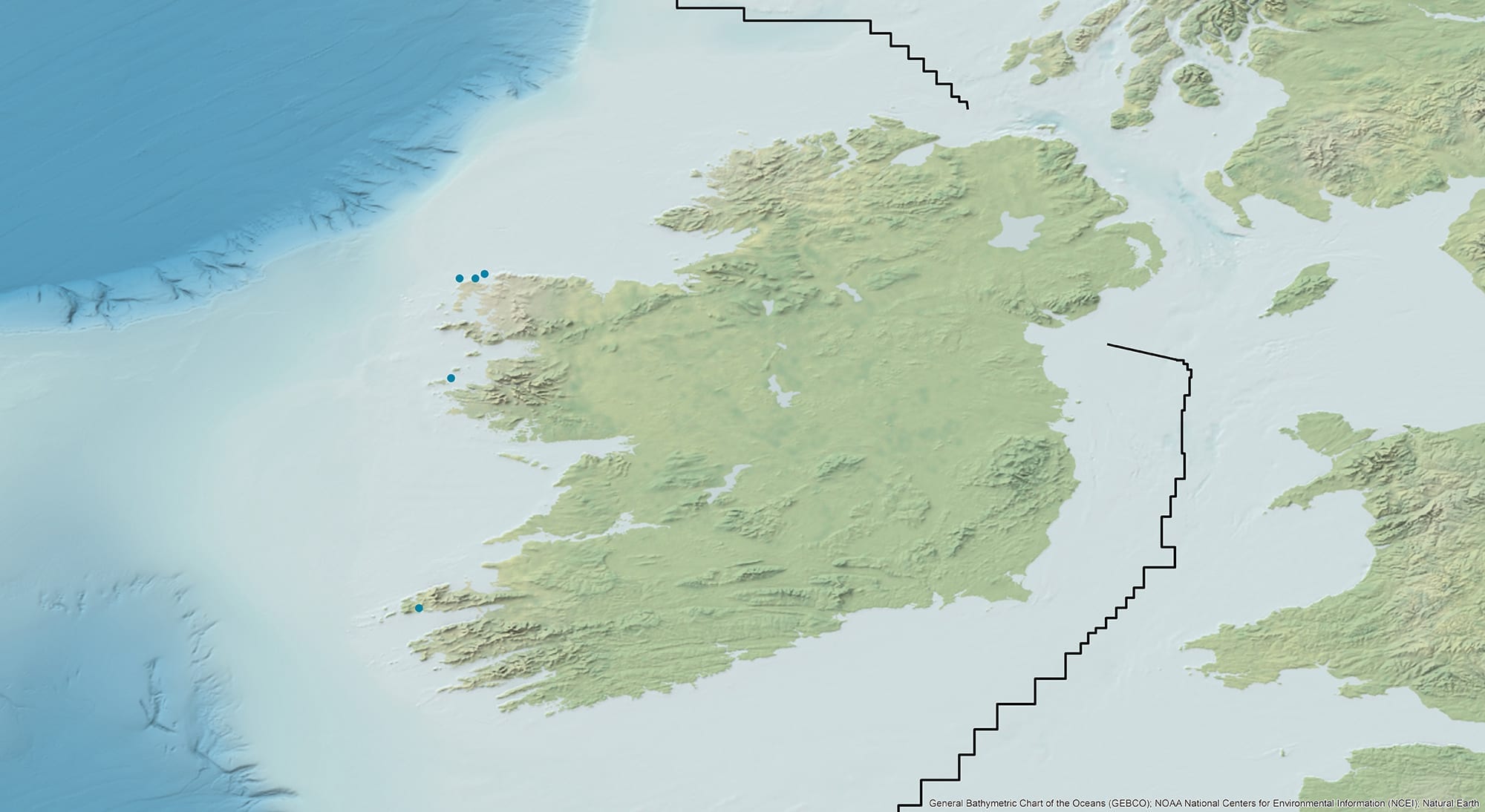