A large bulky dolphin with a bulbous head, no beak, a tall curved dorsal fin and elongated flippers. Colouration changes over a dolphin’s lifetime, from dark grey to light grey and pale or even white due to extensive scarring inflicted by other individuals during social interactions. The older the individual the paler they become. The fluke and flippers remain dark when mature. Up to 3-7 pairs of teeth are present in the lower jaw only.

They typically avoid boats but on rare occasion may bow ride. They can be very active and breach on multiple occasions or “porpoise” fast at the surface while travelling.

They favour inshore waters and offshore Islands especially off Saltee Islands, Co. Wexford, the Cork coast and the Blasket Islands, Co. Kerry during the summer months in contrast to deep-water habitats elsewhere in the world. 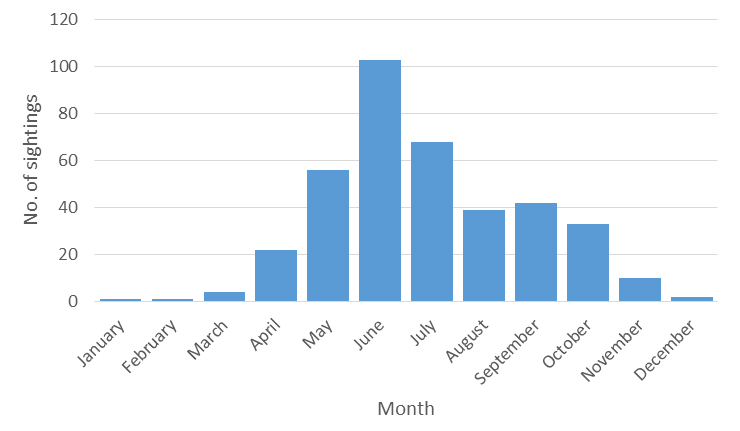 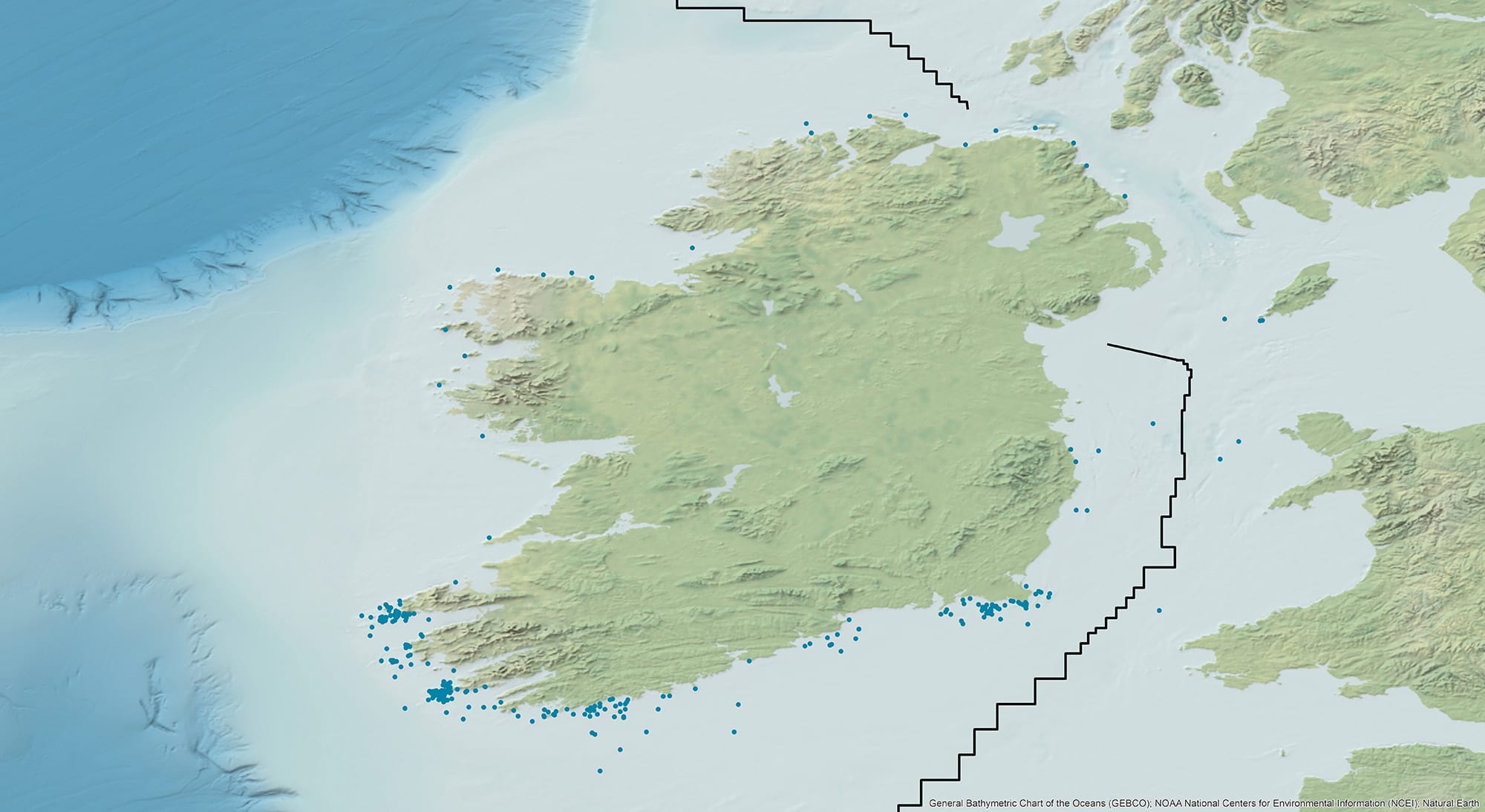