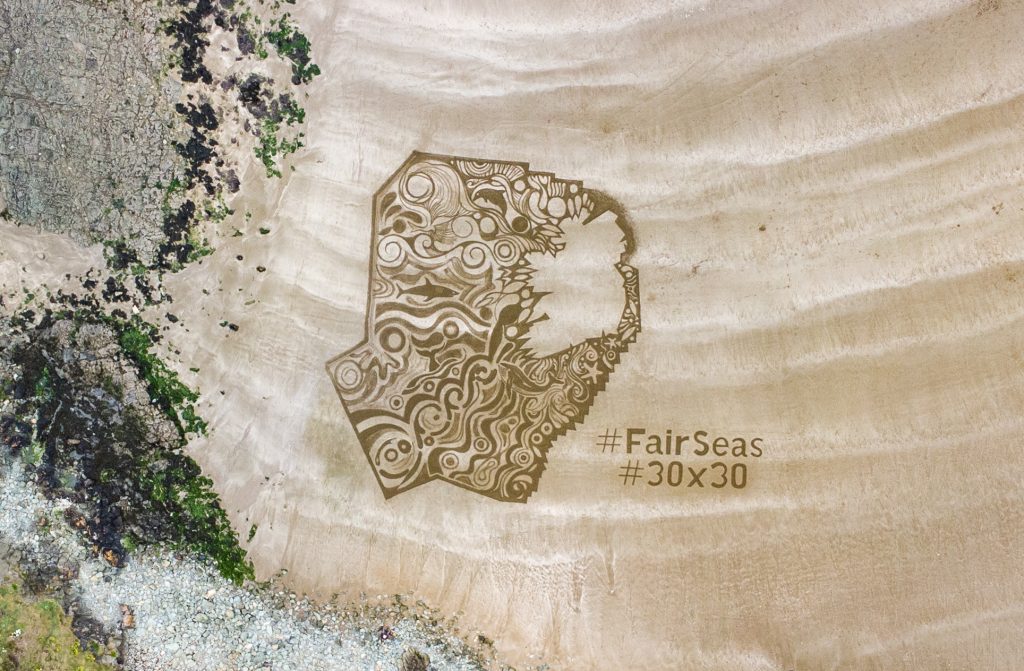 Ireland’s Marine Protected Areas must increase 18-fold by the end of the decade in order to restore critical habitats, safeguard wildlife and address the climate crisis according to a new report commissioned by the Fair Seas campaign. Fair Seas is a coalition of Ireland’s leading environmental non-governmental organisations and networks.

Fair Seas is urging the Government to designate a minimum of 30% of Irish waters as Marine Protected Areas by 2030, up from the current figure of 2% which the group says is wholly inadequate. Recent assessments indicate that two-thirds of Ireland’s coastal habitats are in an unfavorable condition, with an alarming decline of 90% in numbers of iconic species such as porbeagle and angle sharks noted. 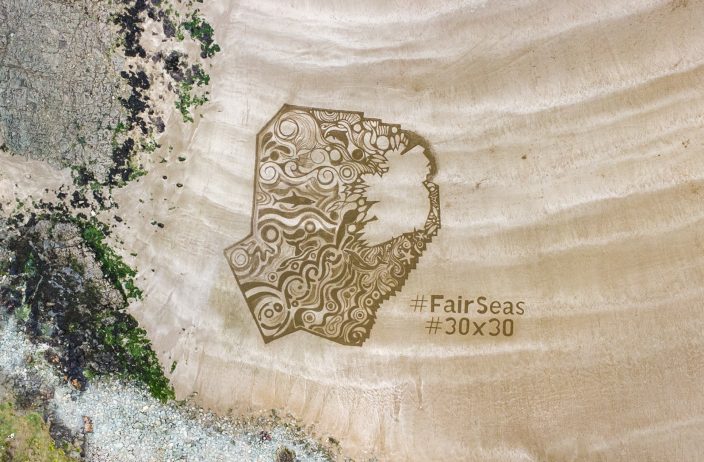 Marine Protected Areas (MPAs) are areas of our seas and coasts legally protected from activities that damage the habitats, wildlife and natural processes. In 2019, the Department of Housing, Local Government and Heritage initiated a process aimed at expanding Ireland’s network of MPAs in the coming years. The Fair Seas campaign initiated this research to help accelerate the conservation.

The report by Fair Seas shows how it would be possible to protect 36% of Ireland’s ocean territory enabling the country to meet its 2030 European targets. This would help to protect, conserve and restore vulnerable and important species and habitats, as well as ensuring that these habitats can act as huge natural carbon stores.

It identifies 16 ‘Areas of Interest’ for MPA designation in Irish waters including eight coastal areas stretching along the coast of the Republic of Ireland from Donegal to Louth. These places are home to critically endangered sharks, globally important seabird colonies, and animals threatened with extinction which rely on these areas for breeding and feeding such as Atlantic puffins and blue whales. 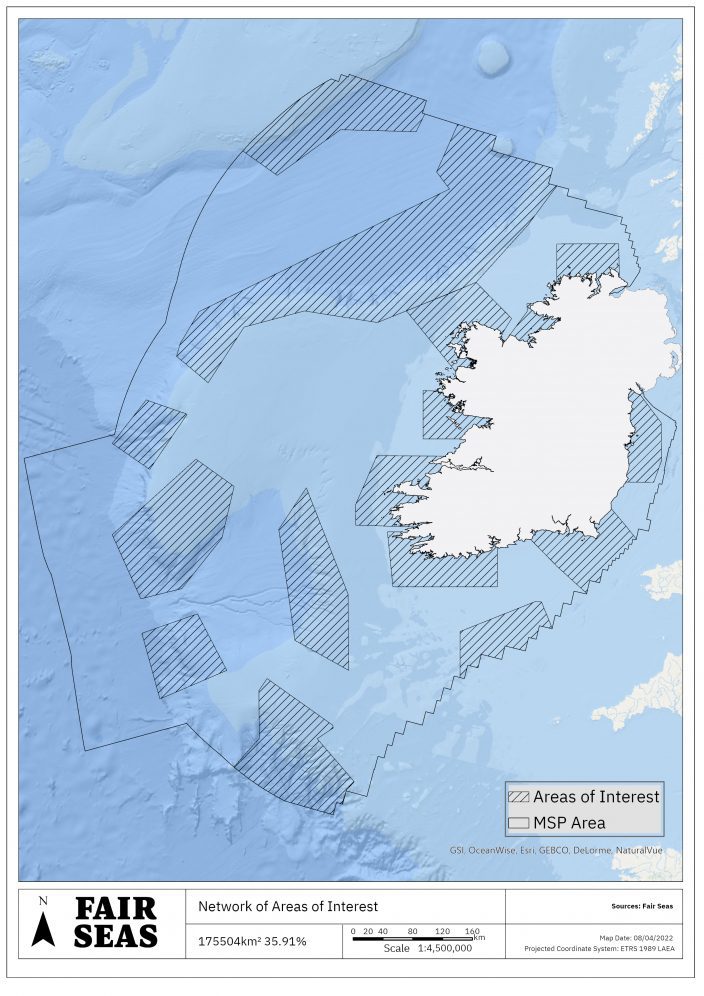 Fair Seas Campaign Manager Aoife O’Mahony says, “This report is about kick-starting the conversation among stakeholders and decision makers nationwide. It aims to significantly ramp up the process of building an effective network of Marine Protected Areas in Irish waters which would enable Ireland to meet its 2030 commitments with the best possible outcomes for nature, climate and people. We’ve used scientific research and available data to identify the potential areas most in need of protection. Our ambition is to see Ireland become a world leader in marine protection, giving our species, habitats and coastal communities the opportunity to thrive.”

Oonagh Duggan, Head of Advocacy at BirdWatch Ireland said, “Ireland is a laggard when it comes to protecting and restoring nature on land and sea. We have been endowed with a wealth of marine life but are squandering it. Our extensive coastline supports hundreds and thousands of breeding seabirds but species like the Puffin and Kittiwake are now globally vulnerable. Irish Kittiwake populations declined by 32% between 2002-2018. While seabirds have some protection on land where they breed, there’s no protection for them at sea where they forage for food. Ireland’s sea territory is huge, it’s high time to protect and restore large areas for these and other marine life.”

Professor in Marine Ecology at Nord University Norway, Mark John Costello authored the foreword to the report. Professor Costello said, “If properly planned, Marine Protected Areas can lead to more stable and sustainable coastal fisheries, with added benefits of increased tourism and public enjoyment of marine life. While a majority of the public in Ireland support the need to have MPA in principle, there will be objections to exactly where they are located, their boundaries, and rules. That is why discussions with local communities need to start as soon as possible, with political support to implement what is best for Ireland in the long term.”