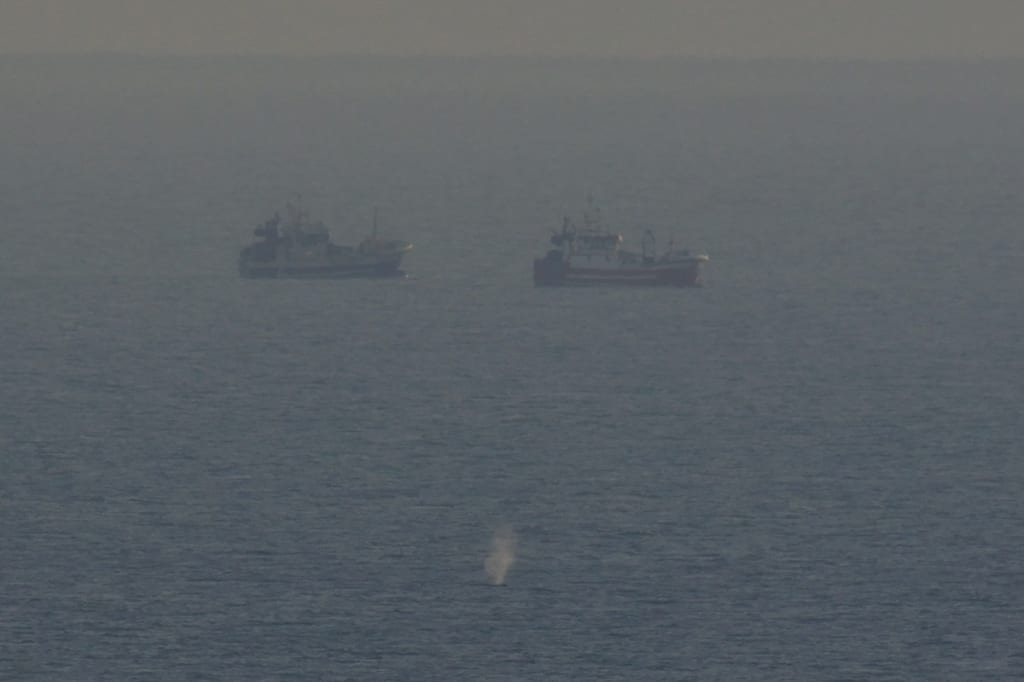 We have been watching regularly from Ardmore and Helvic Heads, Co. Waterford since 2003 and over that time we can usually get our first fin whale invasion off the Waterford coast somewhere between May and July, always a long way offshore, sometimes only seeing blows 20+km away on the horizon. This year was no exception, and the only way of estimating numbers when they arrived in June was by counting ‘blows’ and timing the gaps between them. We reckoned there were 15-20 individuals on some occasions. Then less than a month later they were gone.  Where did they go? It’s difficult to know. Previously they would more than likely have arrived in west Cork waters, but with the apparent lack of suitable food for them in West Cork, this is no longer the predictable destination it once was. 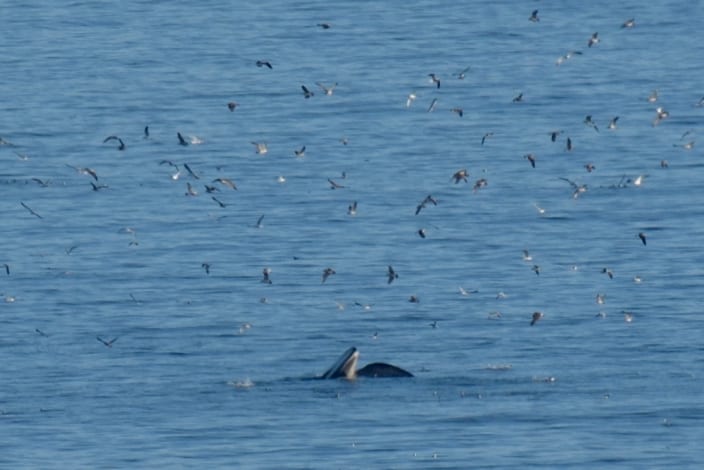 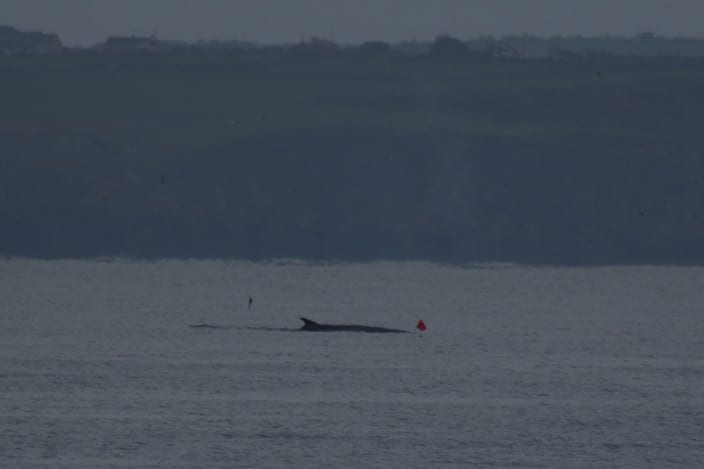 What has remained constant (up until now anyway) is that by late October/early November the whales will arrive (in considerably smaller numbers) between Mine Head and Tramore Bay, Co. Waterford. At times, these whales have been so close inshore that it has been possible to hear them blow from our position on the cliffs. Again this year they arrived as predicted but the competition for food seems to be growing more intense.

This year I witnessed numerous fishing boats including 2 sets of pair trawlers working within 2km of the cliffs, at times listing heavily with the weight of fish on board. The issue of pair trawling for sprat has been well covered here so I won’t go over that ground again, but this year the whales seem to have moved on much sooner than usual, my last two watches have yielded no sightings of whale activity-nor of trawlers, probably no coincidence.  Hopefully it’s only a temporary blip and they’ll return.  In previous years we’ve still been seeing them well into January, my latest record being at the beginning of March. As you can see from these recently taken photos (all from shore) these whales forage very close inshore, playing fast and loose with health and safety issues with regard to proximity to fishing boats and their gear. 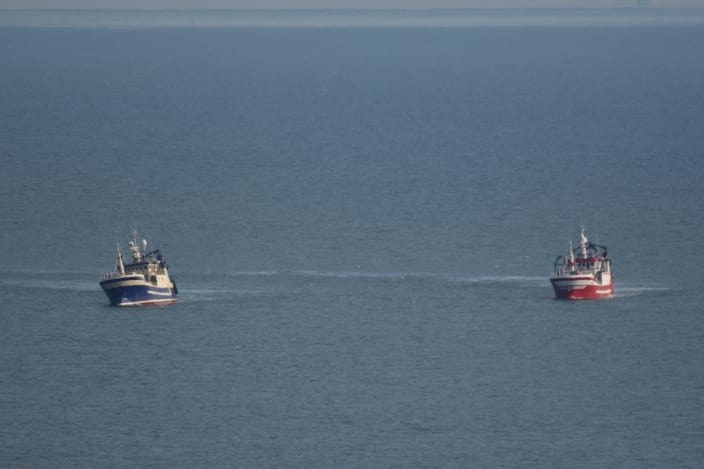 Note: IWDG are trying to establish a local group in Waterford. If you are interested in becoming involved pl;ease contact sibeal.regan@iwdg.ie