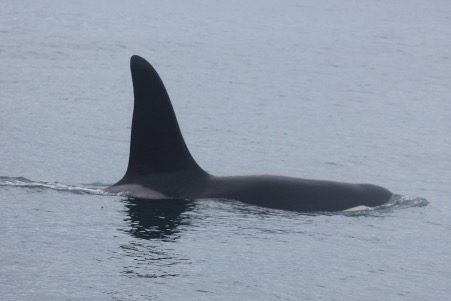 I’ve been fortunate enough to have seen killer whales in some wonderful locations, including both the NE Pacific “resident” and “transient” ecotypes in Johnstone Strait, Vancouver Island, and Antarctic Type A’s in Patagonia. Surprisingly, I’ve yet to see them in Iceland, a country widely regarded as being one of the best places on the planet to see killer whales.  This includes the IWDG’s 2018 Humpback Whale expedition, during which we failed to notch a single killer whale encounter despite spending a month circumnavigating the Land of Fire and Ice, and over two weeks getting there and back.

So killer whale sightings are generally hard earned and reserved for those who are either extremely lucky or put in a lot of time watching.  But even putting in the hours is no guarantee and to get a perspective on this I phoned a few colleagues who have carried out hundreds of land based watches from some of our most productive “whale waters” in the Celtic Sea and Southwest.

My first chat was with Andrew Malcolm, who since 2004 has carried out hundreds of regular watches off Ardmore Head, Co. Waterford. The conversation was a brief one. He’s never seen killers from his site or indeed anywhere along the Waterford coast in the past 15 years.  I then looked at my own records from West Cork which at best suggest a sighting every 4-5 years. Moving on to west Kerry, where Nick Massett seems to fare slightly better with sightings every other year.

Perhaps the odds are better at sea? Not according to Colin Barnes, who has been running whale watching trips since 2001 in West Cork and it wasn’t until summer 2019, 18 years and several thousand trips later, that he showed his first customers a killer whale during a whale watch trip. So clearly killer whale encounters are few and far between, even if you’ve bags of experience, quality optics and can make the most of limited weather windows.

But what about the rest of the country? Are there sites that we can say standout as potentially important feeding areas for this apex predator? The crudest way of establishing this is to map all killer whale sighting reports by IWDG and to see how the dots plot.

Since IWDG established, we have validated just 240 killer sightings out of almost 35,526 records (0.67%). Of these 207 are what we’d call inshore records and breakdown by county as below….and before I’m accused of a Cork bias, I’ve removed all sightings that relate to the Cork harbour group that took up residence for several months in summer 2001. 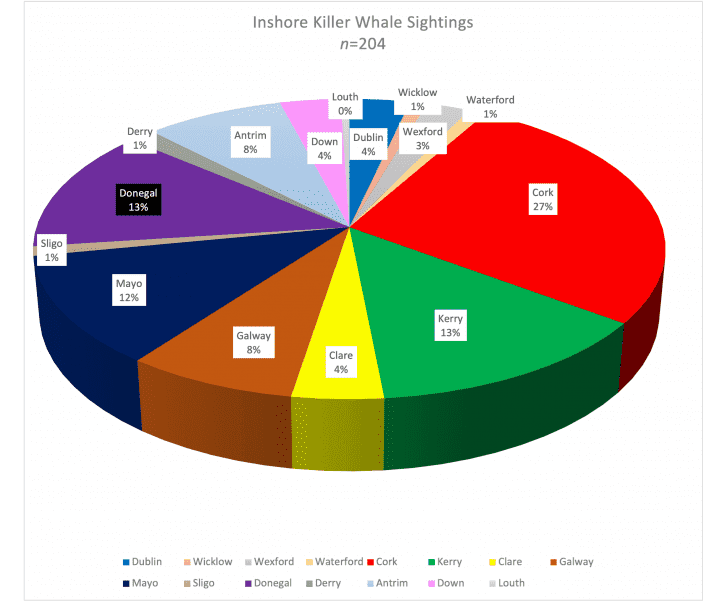 With killer whales, we’re a little hamstrung due to lack of data, and so we are left with little choice but to review all “casual” sightings data.  We accept fully that over interpretation of “casual sightings” comes with a health risk, as it introduces several biases, the biggest being the “observer” effect.  Put simply, you will always get more sightings in areas where more people are watching. So more sightings may tell us a lot less about the relative abundance of a species, than it does about the numbers of people looking for them.  The other issue with presenting the data by county is that the counties with longer coastlines will naturally have more sightings, and so predictably counties Cork and Donegal (shared jointly with Kerry) are ranked in 1st and 2nd place.

We are not suggesting that these counties are better than any others along the western seaboard or north coast, as clearly killer whale movements in Irish waters are not as easy to interpret as those of the large whales, which show very definite habitat preferences.  But it just might be significant that 63% of killer whale sightings in Irish inshore waters come from the Southwest and Northwest corners, and there just may be a few sites within these areas that are worthy of further investigation. Based on the limited sightings data available to us, we’d be paying particular attention to our offshore islands: such as the Copelands, Tory, Aranmore, Achill, the Blaskets and Cape Clear Island.

Everything about this complex killer is it seems complicated, and this is all part of their allure. 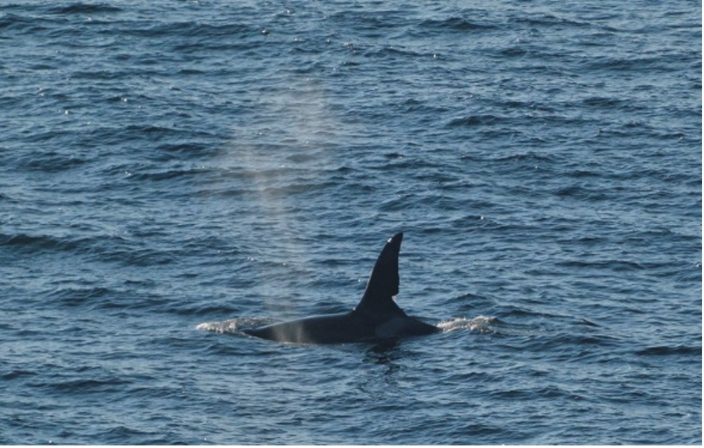 Every year IWDG receive inshore killer whale sightings with images, which when validated confirm these to be indviduals belonging to the Scottish West Coast Community Group. Although the data suggests that these Irish sightings are outliers, they are clearly routinely crossing the north channel and travelling down the west coast and along the Celtic Sea. We are delighted to share these data in realtime with our colleagues in HWDT, as if there is any group of cetaceans that need closer monitoring, it’s surely this dwindling group, of what are likely to be the last two males pictured above John Coe and Aquarius.

In 2021 IWDG only validated 9 killer whale sightings in All Irish waters, of which we can confirm John Coe and/or Aquarius from only two (22%) of these encounters. On a brighter note, we’ve already matched that record in 2022 with two confirmed sightings in the past 10 days, March 24th off Co. Down and April 2nd off Co. Kerry.  Let’s see how this year pans out for them!