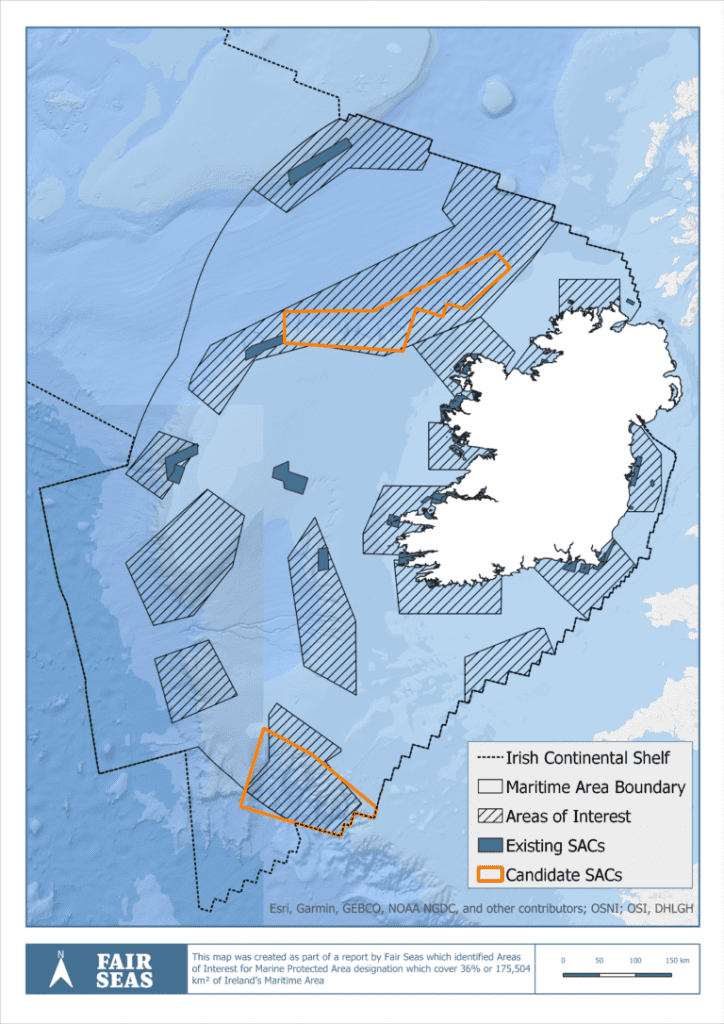 Ireland’s former attitude towards marine protection was ineffective, and progress was stifled at a mere 2.1% MPA coverage. But, thankfully, with today’s announcement of two new SACs off the North West and South West Coasts of Ireland, that number has increased to 8.3% and is heading in the right direction for meeting Ireland’s target of 30% protection by 2030.

The government have also approved the General Scheme for the new MPA Bill. This Bill is set to undergo pre-legislative scrutiny by the Oireachtas in the new year.

Aoife O’ Mahony, Campaign Manager for Fair Seas, sums up today’s announcement as “great news for our ocean. We welcome the approval of the General Scheme and look forward to working with our colleagues in government over the coming months to ensure that this delivers robust legislation for Ireland as soon as possible next year. The creation of two new Special Areas of Conservation should be celebrated. This is a significant step in the right direction. However, considering the global biodiversity crisis we are now facing, it’s essential that proper management plans are put in place for these and all other existing MPAs too.” 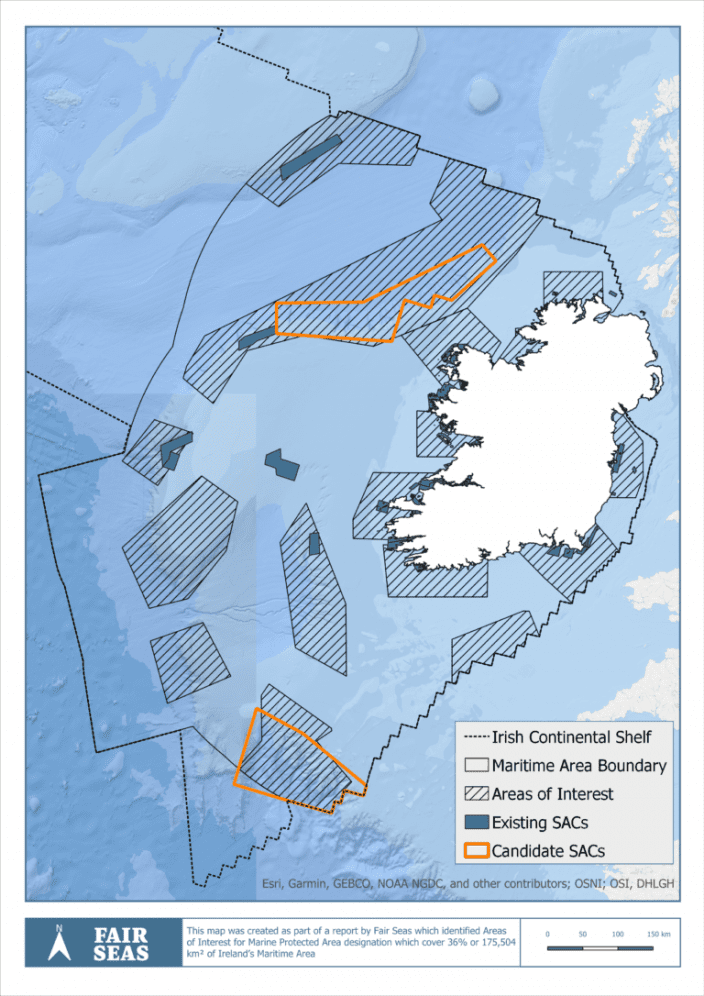 As seen in the Map, the candidate SAC in the Southern Canyons overlaps with the Area of Interest proposed by Fair Seas in the June 2022 Report ‘Revitalising Our Seas.

The Whittard Canyon is approximately 280 km South of counties Cork and Kerry. It’s home to unique coral species, birds and, of course, whales and dolphins.

With the addition of deep-diving species like the dwarf sperm whale recently confirmed in Irish waters, this area is potentially much more valuable to these rare and elusive deep-diving cetacean species than previously thought, and the IWDG are delighted it is now recognised as a candidate for legal protection.

Similarly to the Wittard Canyon, the proposed SAC along the Porcupine Shelf is also recognised as a hugely important habitat for Long-finned Pilot whales along with Sperm whales, Cuvier’s and Sowerby’s beaked whales, and to a lesser extend, offshore bottlenose dolphins, fin and humpback whales.

Extending north from an area due west of Clew Bay, Co. Mayo, to an area west of Malin Head, Co. Donegal, the unique submarine canyons help funnel ocean currents. These currents deliver sediments and nutrients to the deep sea. At the same time, shelf break areas create new primary productivity in the upper layers of the water column offering a valuable oceanic food source that supports this wonderful abundance of not only several species of whales and dolphins but also other predators such as sharks and seabird species.