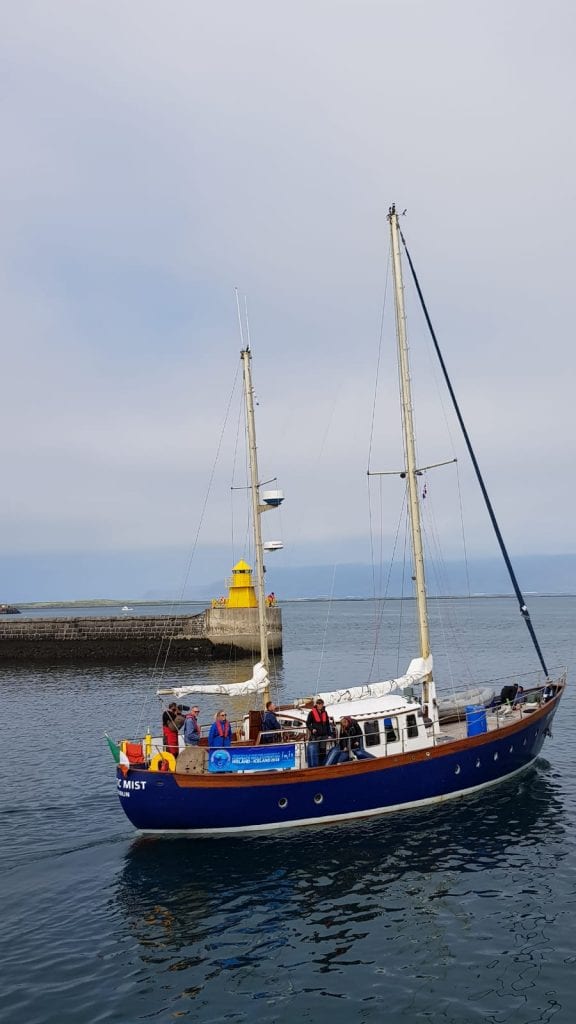 RTE have just released the viewing figures for the wildlife documentary “Ireland to Iceland: On the trail of the Humpback Whale”, shown on RTE 1 and 2 during April. The programme joined the Irish Whale and Dolphin Group on its epic expedition to Iceland on its research vessel Celtic Mist. The IWDG have shown that the same humpback whales have been recorded in Ireland and Iceland, we share these whale populations. The IWDG wanted to build relationships with Iceland and see where these “Irish” whales were visiting in Iceland.

Film-maker Tony Whelan said “It was a rare opportunity to capture such an incredibly ambitious adventure. Today it is almost impossible to imagine such a thing. I’m glad so many people got to share a sense of it on RTE Television.” 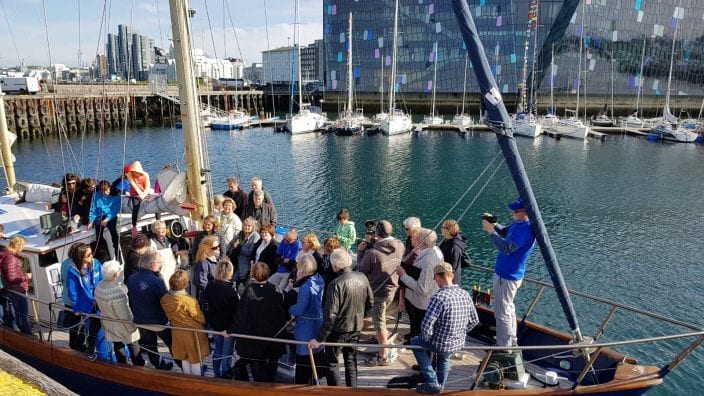 The expedition was only possible with generous funding from the Wicklow based perfume company Inis. Inis have been Core Sponsors of the IWDG for many years but sponsoring this six-week expedition to Iceland was a departure from in addition to their core sponsorship.

Inis Marketing Director Karen Wilkinson said “All of us at Inis were delighted to have been a part of this exciting voyage of discovery. We are grateful for our long term partnership with the IWDG and like them, are passionate about doing what we can to help protect the oceans.”

The film chartered the first three weeks of the expedition, introducing viewers to the wide community of IWDG members who joined. From architects to teachers, entrepreneurs to IT designers, the expedition not made new scientific discoveries but provide IWDG members with memories and challenges of a lifetime.

Departing Dublin in May 2018, Celtic Mist sailed the 1800 kms to the Westmann Islands off the southeast tip of Iceland. Over the next six weeks she sailed up the east coast, around the West Fjords, into the Arctic Circle before finishing in Eskifjödur in East Fjords. The two-week journey back to Derry was via the Faroes Islands and the Outer Hebrides, in Scotland.

“It was a great challenge, reliant on voluntary skippers, crew and scientists, but it was a huge success and as well as building important relationships with Icelandic people, we have made a significant contribution to our knowledge of whale movements” said Dr Simon Berrow, CEO of the IWDG and Expedition Leader. 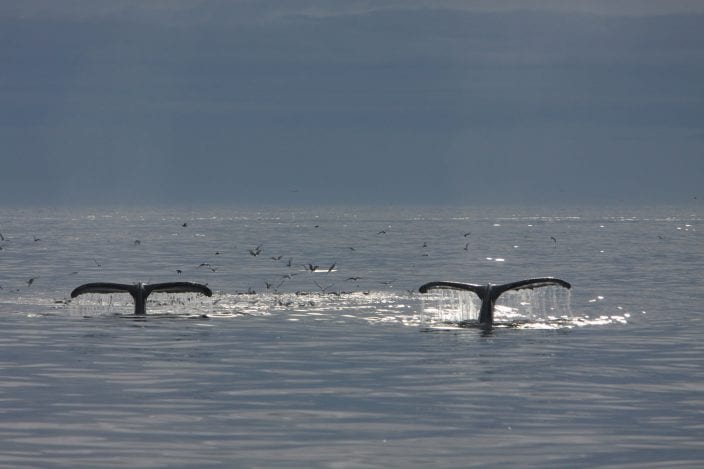 Ireland to Iceland: On the trail of the Humpback Whale is still available on RTE player: