On Tuesday 18th September, Simon Berrow and Frances Bermingham headed out with Nick Massett off west Kerry to deploy a Soundtrap, an underwater recording device, in an attempt to record humpback whales singing in Ireland. This was part of WhaleTrack Ireland, an exciting project funded by Ryanair’s Carbon Offset Partnership, which is supported by Ryanair customers when they book flights. Three days previously Nick had up to five whales south west of Inishvickillane (see https://www.facebook.com/WhaleTrackIreland/?ref=bookmarks and we intended to deploy the Soundtrap there. That morning he saw two blows west of Inishtooskert, so we headed to this site first. We encountered four humpback whales including to our amazement catalogue numbers #1 and #2, who were in close contact, while catalogue number #9 and #48 were feeding alone. We knew these were the first whales entered into the IWDG Irish Humpback Whale Catalogue, and were first photographed 20 years ago in September 1999. 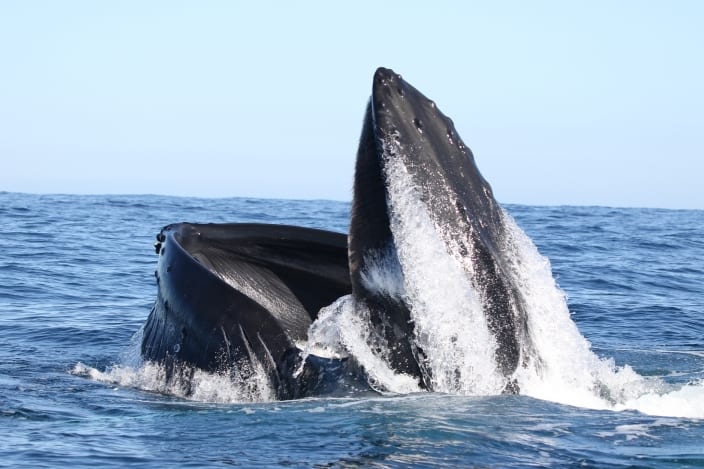 Images were of course sent to Pádraig Whooley, IWDG Sightings Officer. He was amazed. He said “only two days ago I was drafting a short piece for IWDG on our latest sighting of the humpback whale known as “Boomerang” or HBIRL3, which brings to 14 years (out of a possible 19) the number of years we can confirm he has returned to Irish waters. He is clearly a record breaker, as no humpback whale has been seen as many times with so many inter-annual re-sightings as #HBIRL3. But there is one record that Boomerang does not hold; which is the longest sightings history.  This record goes to the numbers 1 and 2 on the catalogue and date back to Eoin O’Mahony iconic video footage  from the Kinsale Gas fields, off the Cork coast on 15th September 1999″.

Pádraig contacted Eoin to let him know about our recent finding and get his reaction: 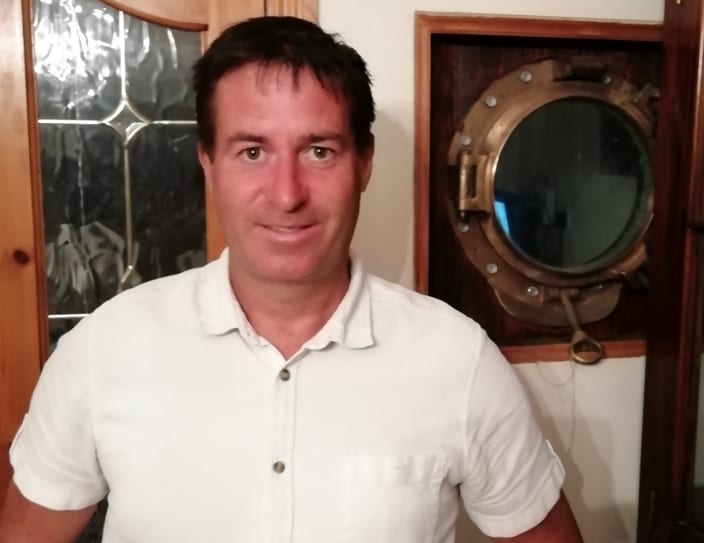 I was surprised to get a call this evening from Pádraig Whooley, and even more surprised to hear that the two humpback whales I had filmed 20 years ago, nearly to the day had been positively identified by the IWDG off west Kerry.

It all started over 20 years ago when I was Chief Officer on board the supply vessel MV Seahorse Supporter. We were based at the Kinsale Gas Field, 28 nautical miles offshore from the County Cork coast. While on location myself and the crew kept spotting a bottlenose dolphin who would come alongside the vessel and interact with the crew on deck. The dolphin would always stay close to the Eastern Gas Platform named Alpha, so I duly named it “ Alpha Dolphin ” 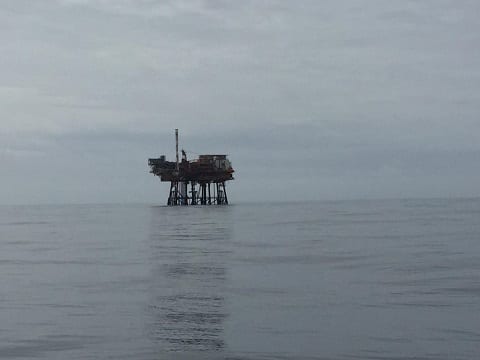 Upon returning home on leave I told everyone about the friendly dolphin. Before I returned to work I borrowed my sister’s camcorder, an old pre-digital VHS video type. That trip I recorded the Alpha Dolphin doing back flips, tail slapping, playing with flotsam and racing with our fast rescue crafts (ribs).

The 15th September 1999 was just another routine day out on the Kinsale Gas Field, or so we thought.  I was off watch asleep when the Captain burst into my cabin waking me up. In an excited west Cork accent he said… “where is your camera, we have whales in the gas field”. I got dressed and ran up to the wheelhouse, where the camcorder was charging.

The weather and sea conditions were perfect that day. With a calm sea and clear sky.

The vessel was mid-way between the two gas platforms which are 3 miles apart.

With all propulsion shut down the vessel was quiet with only the noise of the generators. I quickly spotted the trio approaching the vessel from the west. I took out the camcorder and started filming. The eight crew on board got excited, about the once in a lifetime opportunity to be in the company of these magnificent creatures who circled the vessel closely for the next hour and a half. At one stage they were touching the vessel’s port and starboard sides with their pectoral fins. Throughout this entire encounter our bottlenose dolphin was interacting with the three humpback whales swimming between them and our vessel.

I felt like one of David Attenborough’s camera men at this stage, with the peculiar boiled broccoli smell of their spent air every time one of the whales would blow. After about 30 minutes one of them “spy hopped “. That is to take a look around above sea level.

Four of our crew were standing right by the stern of the vessel when it placed its head vertically on the stern roller. I was filming from the wheelhouse deck and couldn’t believe what I had just witnessed and recorded. By now the gas platform workers were aware of the goings on beneath them. VHF radios started up between platforms and the ship with chatter.  One of the gas rig workers joked…. “who gave the whales permission to enter the gas field?”  Clearly the whales took no notice of the exclusion zone around the gas platforms!

After a period of about an hour the humpback whales moved further east and that was the last sighting we had of them. I got interested over the remaining years in whale watching from my offshore work place. I recorded many sightings of fin whales, minke whales, common dolphins, killer whales, and a leatherback turtle. Sending in my reports initially to University College Cork and later on to the Irish Whale and Dolphin Group. 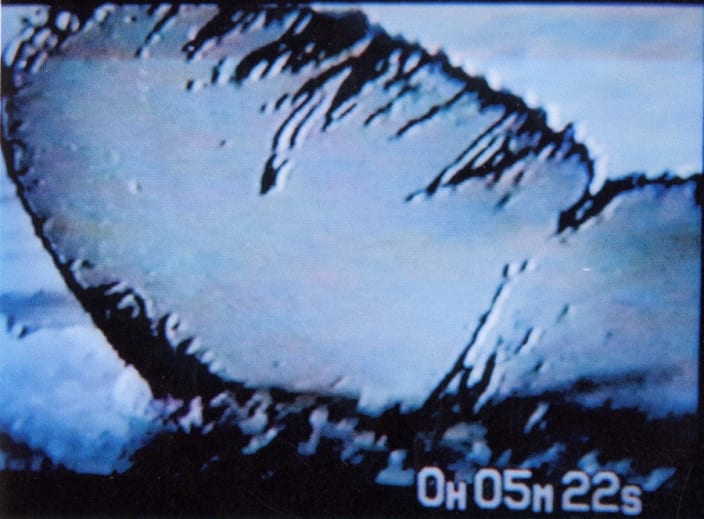 After my three weeks at sea I had copies of the humpback whale footage edited by the guy who did my wedding video. I distributed these to friends, family and crew members. It was after a few years, around 2001, that Pádraig Whooley from the IWDG contacted me and we met up in my home in Cork where he viewed the footage and clearly saw the potential in it, as it contained nuggets of detail, which years later would form the genesis of the Irish humpback whale catalogue. The rest is history.

I think this week’s sighting of at least two of this trio on 17th Sept 2019 from the Blasket Islands is amazing. To think that they could have stayed together for 20 years in treacherous waters with busy shipping lanes, sonar blasting, ghost drifting fishing nets and plastic pollution is nothing short of remarkable.  It must be the peaceful southern coast and an abundance of food that attracts them year after year.

What are the chances that 20 years on, almost to the day, IWDG under the WhaleTrack project, could document the same pair of humpback whales, and can’t discount the fact that all three may have been present, off the Blasket Islands?  With photographic evidence of HBIRL1 and 2 together now in September 1999, November 2004, and September 2019 and further images which put them in the same area in December 2008 and December 2012, the Irish humpback whale catalogue is now entering very interesting territory, as we start to record both individuals and cohorts returning to the Irish Southwest into their third decade.

Look what you started Eoin!