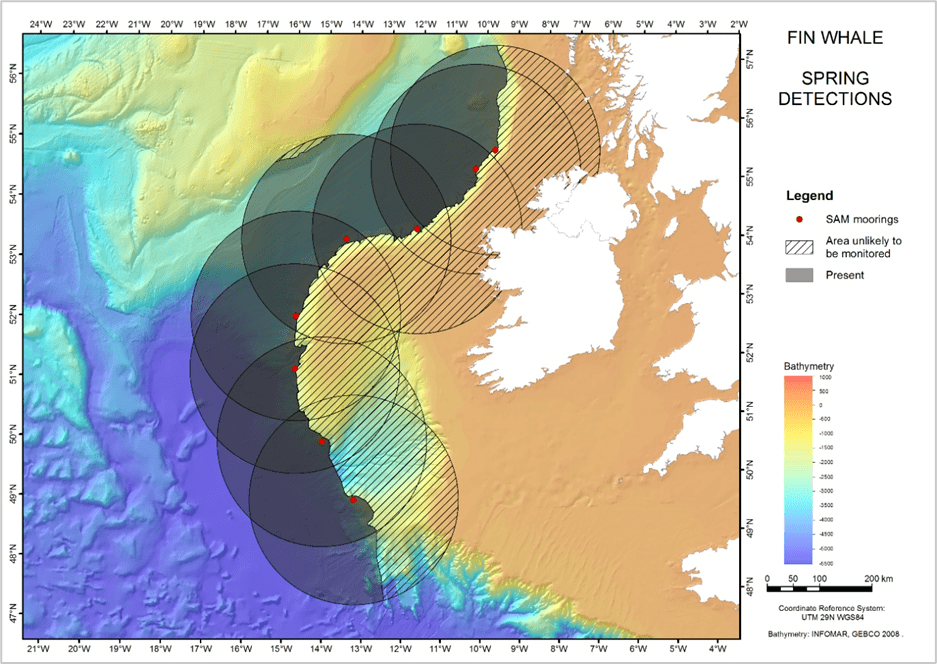 Acoustic detections of fin whales during spring from ObSERVE Acoustic

The IWDG has written to the Minister of Foreign Affairs, Simon Coveney, to express concern over the potential impact on whales and dolphins of the proposed military exercise off southwest Ireland.

Military exercises, especially when using active sonar, are known to have a potentially huge impact on marine mammals, especially deep-diving species. There have been a number of well-documented effects on a range of species, including mass strandings of rare beaked whales, evasive behaviour and increased dive times during controlled exposure trials.
We are especially concerned as the slopes off the southwest including Goban Spur/Whittard Canyon are known to be important habitats for a number of deep-diving species.

Recent research funded by the DCCAE under the ObSERVE programme has shown species such as sperm whales, Cuvier’s beaked whales and fin whales occur in the spring (see example maps). 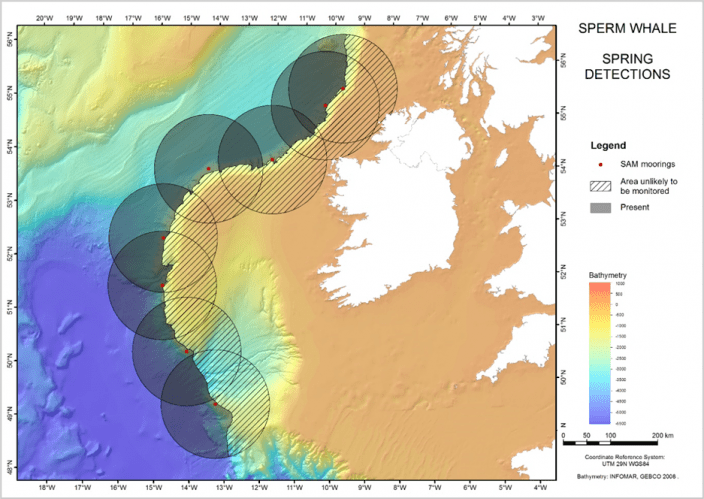 Acoustic detections of sperm whales during spring from ObSERVE Acoustic

As part of your communications, can you please ask your Russian counterpart whether they are planning to use active sonar, or indeed any other activities which may impact on marine mammals in the area? We also need to know what mitigation measures, if any, are planned to reduce impacts of this exercise on marine mammals?
We would like to remind your department that it is illegal under EU and national law to willingly carry out activities which are known to significantly affect marine mammals and their habitats, within the Irish (and therefore European) EEZ. 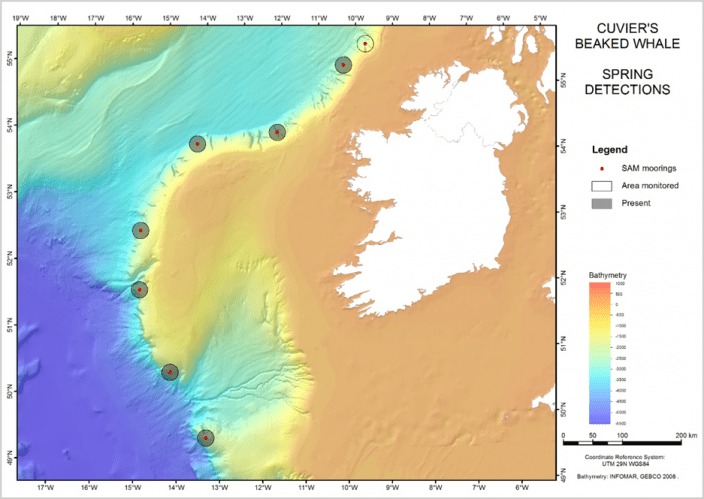