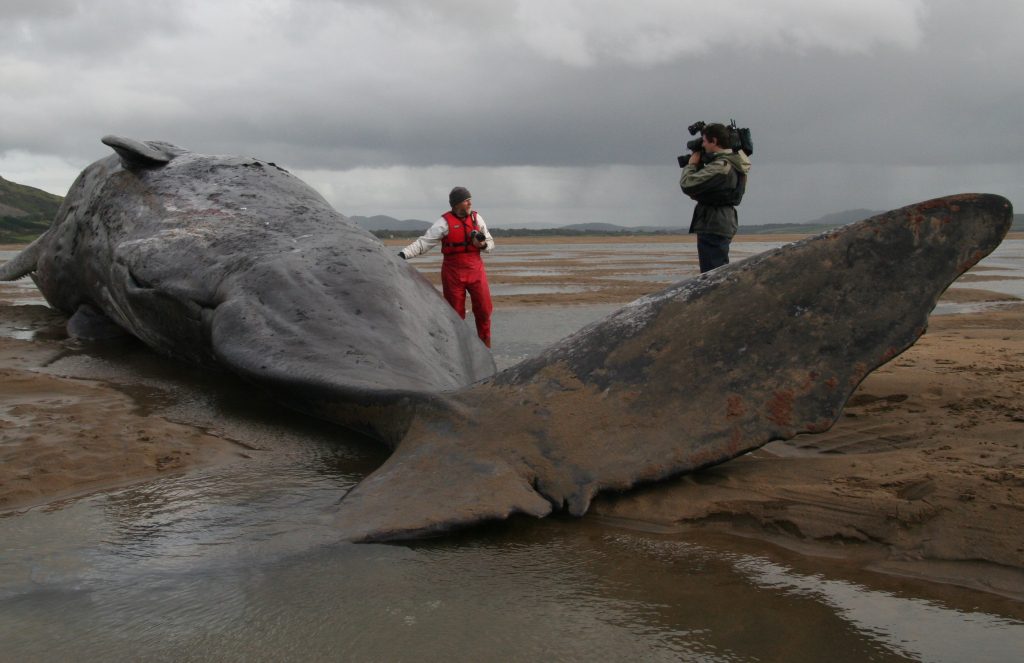 Image of Don explaining the biology of a sperm whale that live stranded on the beach in Ballisadare Bay in September 2006. Photo by Will Woodrow

IWDG is very sad to hear of the passing of Don Cotton. Don was press-ganged into being the Chair of the IWDG when it was formed in December 1990. He brought instant credibility to our new group and ensured we maintained high scientific values and ambitions from the very start.
Although Don was an entomologist by training and working on earthworms when he first came to Ireland, he became a complete all-rounder, from insects to botany, birds to dolphins. Anything that flew, grew, swam or stranded in Counties Sligo and Leitrim were fair game to be logged and recorded by Don. He went out of his way to record stranded whales and dolphins and was most annoyed if he missed one or couldn’t find it. To this day the only validated record of Gervais Beaked Whale in Ireland was due to Dons’ curiosity and attention to detail, which resulted in a beaked whale being exhumed by Sligo County Council on 26 January 1989, and transported to the Ulster Museum, Belfast where it was pronounced as a new species to Ireland. Don carried out the first review of walrus in Ireland, very appropriate given last years peregrinations of “Wally” the walrus.
Don was an outstanding field biologist and a dedicated biological recorder. He was appropriately acknowledged by the National Biodiversity Data Centre as their nominee for the Distinguished Recorder Award in 2012. He was a fantastic educator, demanded high standards from his students and could sometimes be quite intolerant. There is a massive cohort of now, not so young biologists, who were influenced by Don Cotton not only during his work as lecturer in Sligo IT but through his involvement with so many local groups from IWDG to Birdwatch, BSBI and Sligo Field Club. 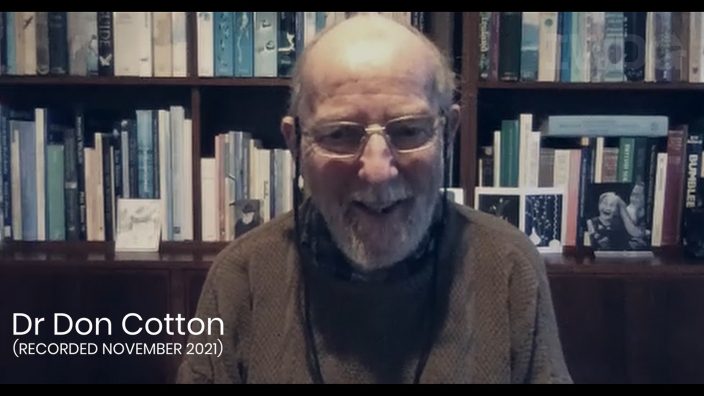 On a personal level, Don and Elaine were so supportive to me as a blow-in to Ireland while I was finding my feet. Their home was always open to me and I regularly stayed with them when I was up in the Northwest. We shared some great times and excursions together when the children were young.
IWDG had intended to hold its 2021 Annual Meeting WhaleTales in Sligo last November, but had to cancel due to Covid. Don was to be one of our key speakers to acknowledge his contribution to the IWDG now in its 30th year and for us to hear his reflections on the IWDG over this period, as well as biological recording and how it has changed and with his eye to the future. Unfortunately, it never happened, but we did record Don during a chat on Zoom before Christmas and we will bring you this conversation with one of Ireland’s most distinguished field naturalists in due course.
Condolences to Elaine, Róisin and Ashling
RIP Don Cotton
by Simon Berrow, IWDG