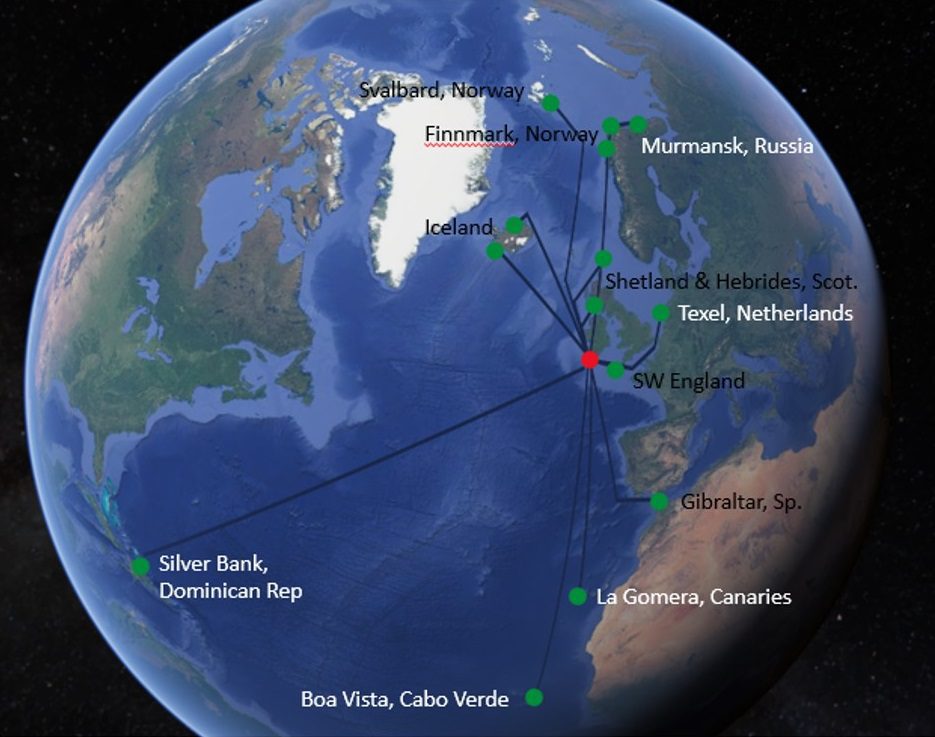 Locations where "Irish" humpbacks have been confirmed by Photo ID.

For the first eight years of the Irish humpback whale catalogue, a map of their known movements would have been pretty uninteresting as it probably wouldn’t of extended much beyond a 100 mile box along the Irish Celtic Sea area. Then an international breakthrough in Sept. 2007 with Conor Ryan’s image of #HBIRL07 (NAHWC #04790) from the MV Holly Jo off Toe Head, West Cork, which matched initially to the Netherlands, before subsequent recaptures  from Northern Norway in 2012 & 2014. Then a gap of a few more years before our Icelandic matches came on stream. Up until this point most of our overseas matches were from higher latitudes, well to our north, then In 2011 we got our first lower latitude match of #HBIRL55, (NAHWC #04740) off Gibraltar, Spain. But still no matches to the illusive breeding ground, and Simon Berrow’s theory of a Cabo Verde link was starting to look a little tenuous.

Up till this point our map was expanding, but largely latitudinally along a 7,400 km north-south corridor, extending from tropical Cabo Verde waters off West Africa to the frozen high Arctic of Svalbard, some 1,000 km inside the Arctic Circle. Then on Aug. 29th 2022 there was the long awaited westwards shift as an old image of our #HBIRL06, (NAHWC #04766) taken back in 2004 during a US NOAA-National Marine Fisheries Service’s (MONAH) survey on the Silver Banks off the Dominican Republic was matched by Happywhale to Ireland. This match gave us our first link to the Caribbean breeding ground and importantly now places “Irish” humpbacks on both known Atlantic breeding grounds.  The chances are that more matches to the Caribbean will follow before long, as this male is unlikely to be the only “Irish” humpback with Caribbean roots. 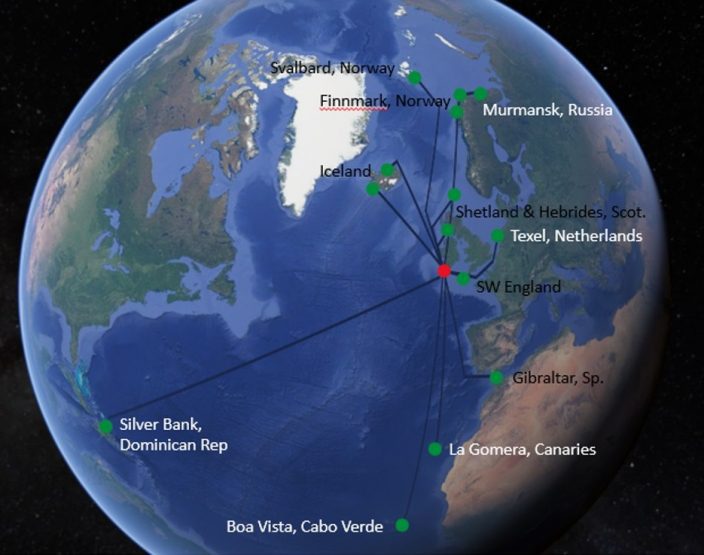 Locations where “Irish” humpbacks have been confirmed by Photo ID.

So despite 2022 being a quiet year at home with fewer encounters, matches and additions to the Irish humpback catalogue, it proved to be the most important year from an international perspective.  In early December there was just one more twist in the tale, as HappyWhale gave us our first Russian match with a re-sighting from a cruise ship, again of #HBIRL55 off Teribërka, Murmansk, in the Barents Sea. So although it’s only some 400 km east of other matches in the Finnmark area of Northern Norway, this sighting extends the Irish humpback map in a new direction and only time will tell just how far east along the Russian Arctic the Irish humpbacks will push.

As per the montage below this one humpback, another male, has now been recorded in Gibraltar, (Spain), Kerry (SW Ireland), Cabo Verde and NW Russia….wherever next? 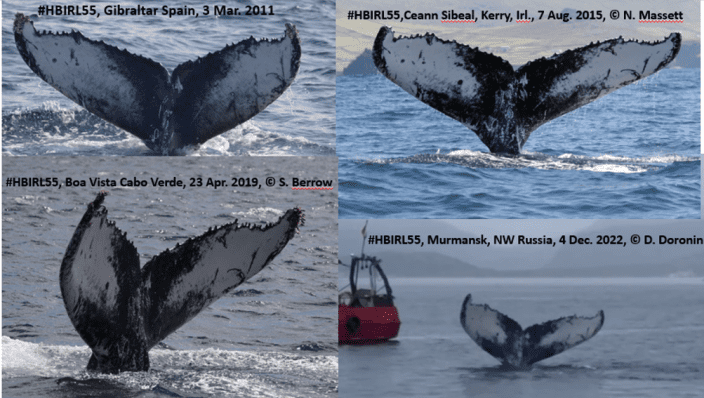 IWDG wish to acknowledge the continued support of both @alliedwhale curators of the North Atlantic Humpback Whale Catalogue and Happy Whale for assisting with recent matching.