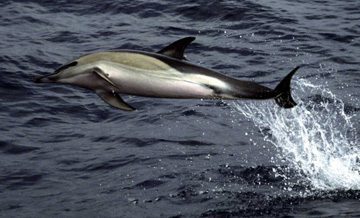 IWDG data has been used in a large study to explore the changes in the abundance and distribution of common dolphin in the Bay of Biscay.

Using a large collaborative dataset of 1728 sightings of common dolphin collected during 21 different surveys including data from IWDG Ship Surveys, senior author Amaia Astarloa from the AZTI Marine Research, Basque Research and Technology Alliance (BRTA) in Spain showed an increase in common dolphin abundance over the period 1994 to 2018.

Spatial distribution of common dolphin sightings over the Bay of Biscay during the period 1994–2018.

Common dolphins have increased in abundance in the study area which mainly occurred in the southeast corner of the Bay of Biscay. In this study, both environmental and prey variables estimated at local and regional scale were explored and the relative importance of each of them in explaining the spatio-temporal variability in common dolphin data. These changes were best explained by climate indices such as the North Atlantic Oscillation (NAO) and by prey species biomass, however they only accounted for a small amount of the detected distributional shifts.