A new species of whale was formally announced today. A paper describing Ramari’s beaked whale (Mesoplodon eueu) was published in the Proceedings of the Royal Society. This is a result of work by a team led by Dr Emma Carroll from the University of Auckland. A combination of genetics and skull morphology resulted in True’s beaked whale (Mesoplodon mirus) in the Southern Hemisphere being recognised as different to True’s beaked whale in the Northern Hemisphere. Samples obtained through the IWDG Cetacean Stranding scheme helped to tease apart this important finding.

Dr Simon Berrow CEO if the IWDG said “isn’t it incredible, a new species of beaked whale, and the IWDG helped to identify it through collecting, storing and disseminating tissue samples, largely collected by our citizen scientists. We should be very proud of our contribution to this fabulous story“. 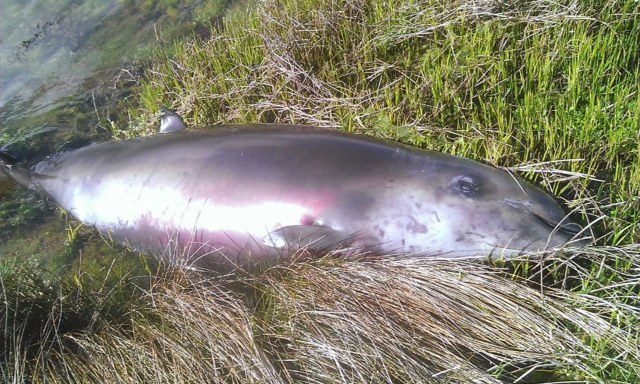 How do you name a new whale species ?

Whales are often named after Western scientists and after men, but that tradition is about to change, as this newly discovered species of whale will carry an Indigenous name and the name of a woman. Its’ scientific name will be Mesoplodon eueu, referring to its Indigenous roots in South Africa, and its common name Ramari’s beaked whale after Ramari Stewart, a Mātauranga Māori whale expert.

Until now, this beaked whale was thought to be the True’s beaked whale but  almost a decade ago, a female washed ashore on the west coast of Te Waipounamu (South Island), Aotearoa New Zealand. She was 5 meters long and pregnant. The local iwi (tribe) of Ngati Mahaki named her Nihongore and her bones were sent to Te Papa Tongarewa Museum in Wellington-New Zealand for preservation.

“When Nihongore turned up I knew that she was something different, I knew it was special because I hadn’t seen it before,” – Ramari Stewart.

The discovery was made by Ramari Stewart, a renowned Tohunga Tohorā (whale expert) who was raised by her elders in the traditional Māori knowledge of the moana (sea). Together with biologist Dr Emma Carroll from the University of Auckland – Waipapa Taumata Rau, they would bring the world of Mātauranga Māori and science together to explore the nature and origins of this whale.

“Ramari brought extensive knowledge to the project, including leading work preparing Nihongore for Te Papa. It’s brilliant that Ramari accepted the honor of having this species named after her, in recognition of Ramari’s Mātauranga and Western knowledge on whales and dolphins. As ‘Ramari’ also means a rare event in Te Reo (Māori language) it is also a fitting tribute to the elusive nature of most beaked whales,” – Dr Emma Carroll. 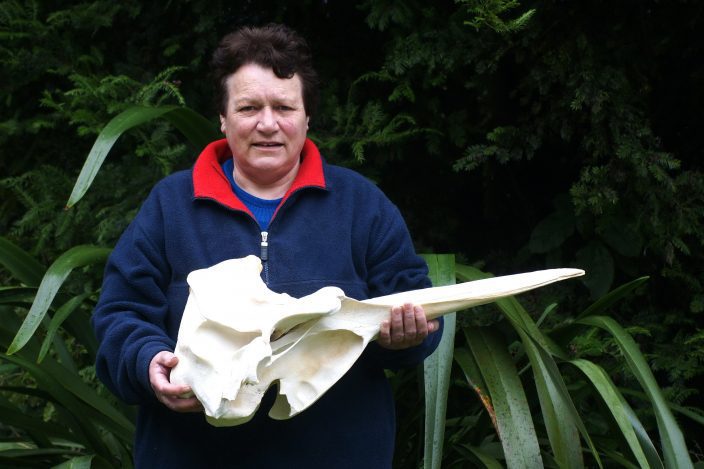 Initially the New Zealand research team thought this was the first True’s beaked whale found in the country, but that changed during their work with a global network of researchers. They soon realised that the genetics and skull shape of the True’s beaked whales in the Northern Hemisphere were very different to the ‘True’s’ beaked whales in the Southern Hemisphere. They have been separated for around half a million years, probably because they don’t like the warm water near the equator. It’s clear that they are different species.

“It’s wonderful that Western science is starting to recognise that Mātauranga Māori is as equally great as Western science and the two can work together. Rather than just bridging a relationship and taking knowledge from Indigenous practitioners, it is better that we both sit at the table,” – Ramari Stewart.

This discovery brings the total number of beaked whale species to 24. These are the most visible inhabitants of the deep ocean due to their large size and need to surface to breath.  The group includes the deepest diving mammals, which can dive 100s or 1000s of metres to find their prey. Ramari’s beaked whale probably spends a lot of time offshore in deep waters given so few specimens have been discovered.

The scientific name Mesoplodon eueu connects the male specimens used in this research to their origins in South Africa, a territory inhabited by the Khoisan peoples. Guided by the Khoisan Council, the name eueu was given, meaning ‘big fish’ in the Khwedam language. This is representative of languages from the region, as the languages of people that inhabited the coast, where the whales stranded, are now mostly extinct.

In collaboration with an international team of over 30 scientists, research led by Dr Emma Carroll will be published in the international journal Proceedings of the Royal Society B. 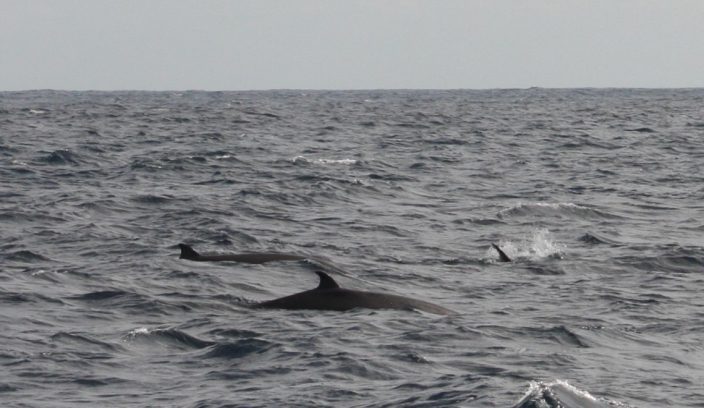 The Irish Whale and Dolphin Group Cetacean Stranding Scheme is part-funded by the National Parks and Wildlife Service of the Department of Housing, Local Government and Heritage. .