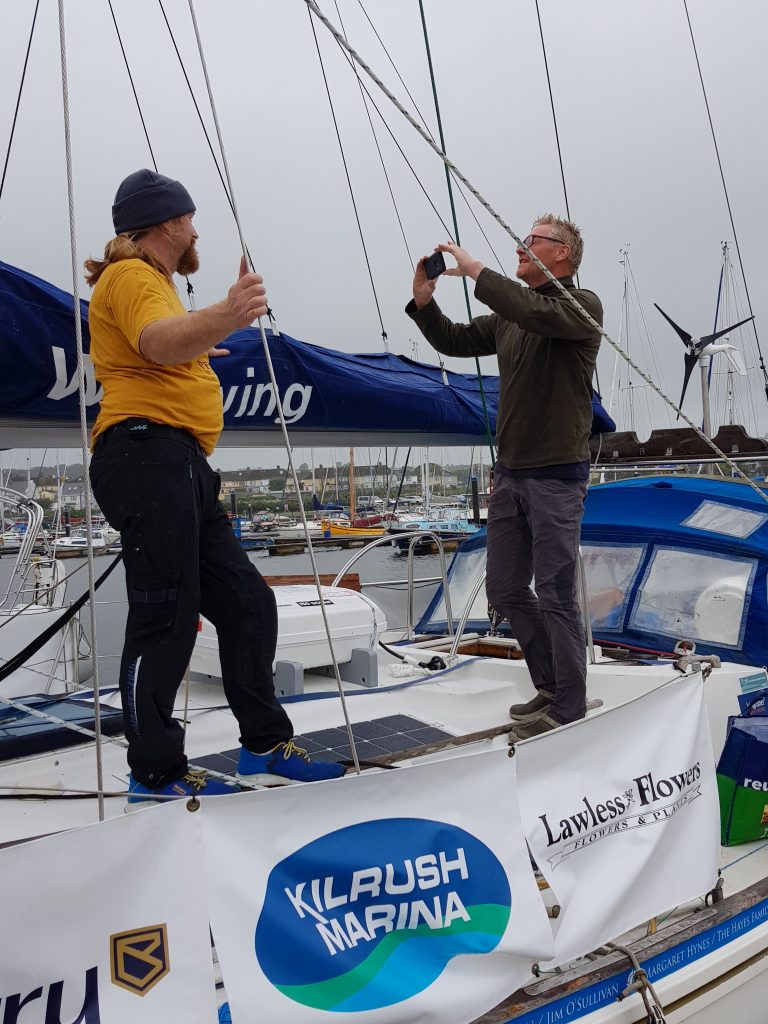 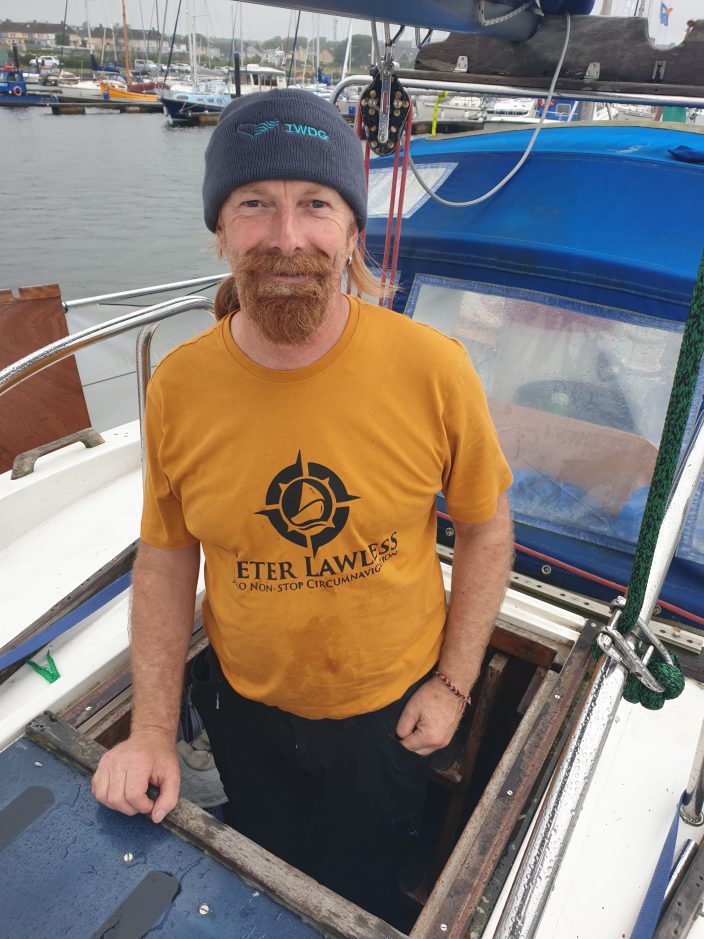 IWDG wish him the best of luck and safe sailing and look forward to hearing about his adventures and, of course, his sightings via the IWDG Reporting App.

Peter Lawless, from Limerick, is attempting a solo, unassisted, non-stop circumnavigation of the globe ! This means he will step onboard his 41ft yacht “Waxwing” in Kilrush Marina, Co Clare, Ireland in August and not step foot on land again until he hopefully reaches Kilrush Marina again, nine to ten months later !

Some journey, some adventure and if successful, the first Irish person to achieve this feat. Peter has been a great supporter of the IWDG, submitting his whale and dolphin sightings during his voyages around Ireland. IWDG were keen to return the favour and support him. We have funded his wind vain, the passive self-steering equipment fitted to the stern, which will keep him on course during his round-the-world trip.

eter will be testing our new IWDG Reporting App. What better test than to be used during this voyage. From the Atlantic and Pacific Oceans, around both Capes (Good Hope and the Horn), and from parts of the ocean that have probably never been visited.

The IWDG Reporting App enables Peter to log all sightings, including short video, straight onto the App, and when he is in wifi coverage, or when he uses his satellite system, records will be sent directly to the IWDG.

Follow Peter on his own site including live tracker and weather he is experiencing….