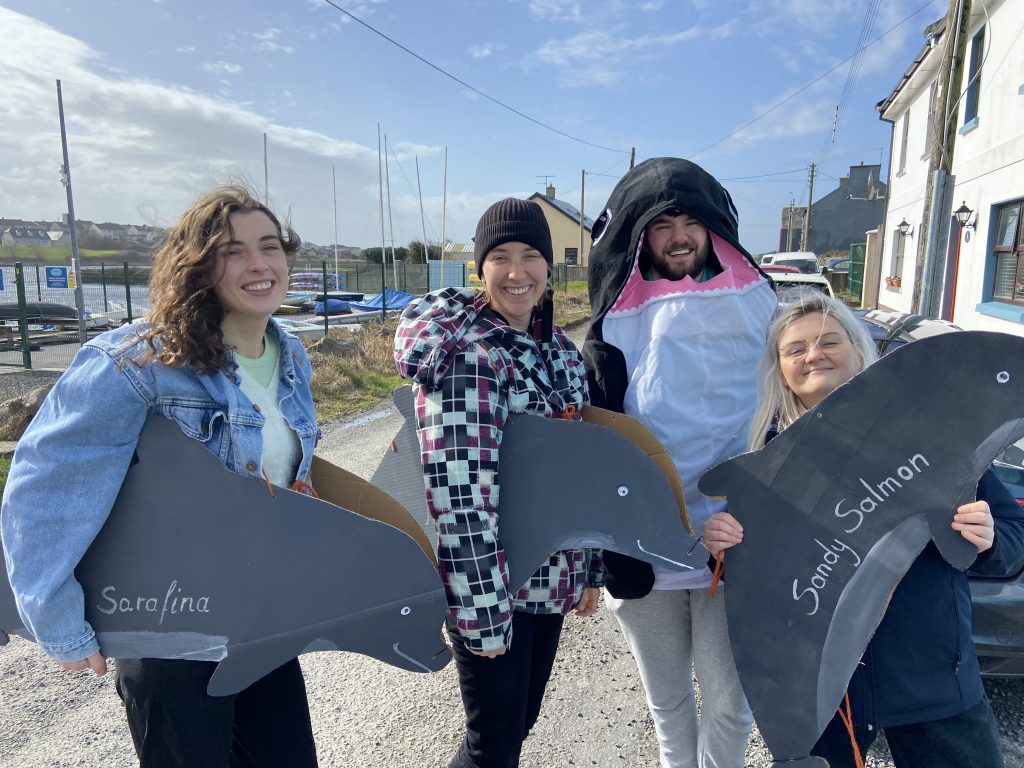 My Journey with the Irish whale and dolphin group began under what seemed at the time to be very unusual circumstances. In 2020 during the very first covid-19 lockdown. I was in my third year of studying freshwater and marine biology in Galway, and as part of my degree had to complete a work placement. Unfortunately, many of my classmates could not complete their placements with the restrictions at the time. However, I managed to secure a spot for an internship with the Shannon Dolphin Project in Kilrush Co. Clare. Having a friend working with the group meant I could move to Clare and be part of their ‘bubble’ allowing me to carry out the internship safely by following the guidelines under the ‘new normal’.

Fast forward two years and I have just completed my third field season with the Shannon dolphin project. I have learned so much and gained invaluable skills over the three years, not to mention the amazing things I have seen and experienced. Feeling lucky is an understatement. I have been to two counties on board the IWDG research vessel Celtic Mist, completing the West Cork leg in 2021 from Crosshaven to Kinsale, and two weeks in Fenit in Kerry in 2021 and 2022. Sailing the West Cork coastline was beyond breath-taking, and I was extremely fortunate to have seen my first whale of many that summer on this voyage. I can now confirm that they call them ‘stinky minkes’ for a reason! As if I could top that, I also got to experience my very first Humpback whale and two fin whales all within a week! I don’t think anything will top this experience, although in this line of work never say never. The other marine biologist on board Li-Ann, managed to get pictures of the Humpback whale fluking so the underside of his tail was visible. This allowed us to identify him as HBIRL3 affectionately nicknamed ‘Boomerang’. 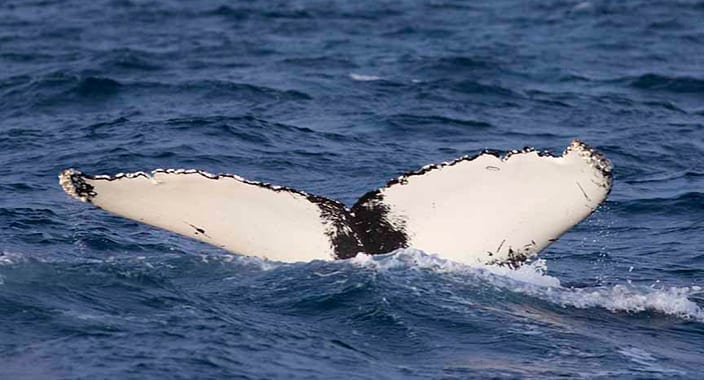 This whale was travelling with two other fin whales which he apparently prefers to hang out with because he has repeatedly been sighted doing so, how amazing to observe. We made sure to report our sightings on the IWDG reporting app which is crucial for gathering information on the locations of where these whales occur in Irish waters. We got to brush up on our sailing skills helping to hoist the sales and the less fun part…..take them down. We also recorded the sightings on LOGGER which is the software used to record marine mammal sightings and environmental data on board Celtic Mist. An unforgettable week and one of my favourites to date.

The main part of the internship centred around the Shannon Bottlenose dolphin population in the Shannon estuary. I have been lucky enough to spend the last three summers on the River Shannon photographing the dolphins from various platforms including Dolphin Discovery which is a dolphin watching tour boat, as well as the IWDG Rib. I have photographed them from Celtic Mist which is great for height and angles, but there is no comparison between that and the rib where you are so much closer to the water. Up close and personal, where it is totally their choice to interact with the rib or not, and you’re not infringing on their natural behaviours. You can even hear them vocalising if you listen carefully enough! I learned how to capture good quality Photo Identification or Photo-ID. This technique allows scientists to identify the dolphins individually by photographing their bodies, most identifiably their dorsal fins which accumulate unique markings that act similarly to a thumbprint. The markings include nicks, notches, rake-marks, sweeps and skin lesions, and are unique to each dolphin and can change over time. This allows us to track them over time and record important data, for example their age, familial relationships, and their movements to mention just a few. One Shannon dolphin has even been spotted as far as Liverpool in England. Photo ID is a powerful tool in the conservation of Bottlenose dolphins and can inform management decisions regarding their protection. The population are resident year-round in the estuary and are also regularly sighted outside the estuary in Tralee Bay and Brandon Bay in Co. Kerry, and around the Clare coast. The Lower River Shannon is designated a Special Area of Conservation or an SAC, with the Shannon dolphin population as one of the qualifying interests. This means that the dolphins are given specific protection within the SAC to try and minimise any negative impacts on the population.

Bottlenose dolphins are known to make long-distance journeys and are highly mobile, so it is no shock that they move in and out of the boundaries of the SAC.

I was also lucky enough to do a rib trip to Brandon Bay and Tralee Bay in 2020 to capture Photo ID of the Bottlenose dolphins in this area. After this trip I had a lot of questions about the dolphins moving between the SAC and these bays. I read a paper written in 2016 by Levesque et al. on the occurrence of Shannon dolphins in Tralee and Brandon bays. This paper highlighted the importance of these bays to the Shannon dolphins and recommended an extension of the current SAC boundary to include Tralee Bay and Brandon Bay. I thought this would be a very interesting topic to explore further, so I decided to base my final year project of my undergraduate degree around expanding on the findings of this paper. The aim of the project was to update the data from 2017 until 2020 and compare this with the findings in 2016. By analysing photo ID from 2017 to 2020 I found that over half of the total known Shannon dolphins were found in Tralee Bay and Brandon Bay over the three-year study period. I also found that 52% of the individual dolphins identified were sighted on more than one occasion, which means that they are frequenting these bays. To add to this 41% of the dolphins sighted during 2017 and 2020 were also recorded by Levesque et al. which supports the conclusion that Tralee and Brandon Bays are not only important habitats for the Shannon dolphin population but are in fact part of their home range. Therefore, my project further supports the recommendation of extending the current Lower River Shannon SAC boundary to include Tralee Bay and Brandon Bay.