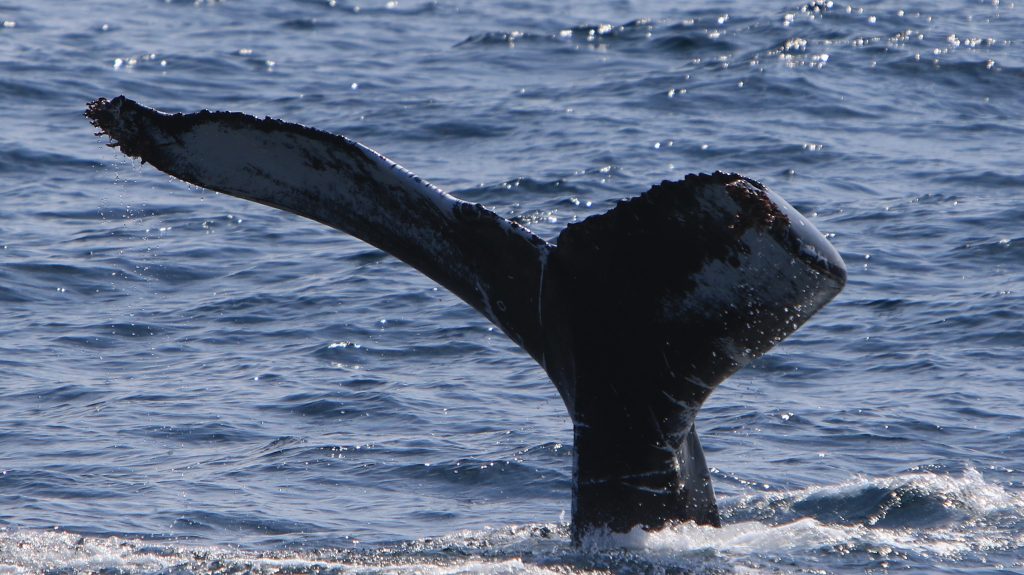 This humpback whale of unknown gender, known to IWDG as # HBIRL77 was first recorded off Inis Oirr, Aran Islands, Co. Galway, by divers on 27th Aug. 2016.  He/she has been photo identified every year since, with re-sightings on 22 dates over the past 7 years; most of which are from the known Irish Southwest hotspots of west Cork and Kerry (see map of confirmed sightings).  Our encounters with this individual suggest it has a marginal preference for West Kerry… and who could blame it!

It is one of 16 of 116 animals on the Irish Humpback Whale Catalogue (14%) matched to overseas areas; although in this case, they were in adjacent UK waters off Scilly and Penzance area of Cornwall, England, so they don’t tell us much about its long range movements. 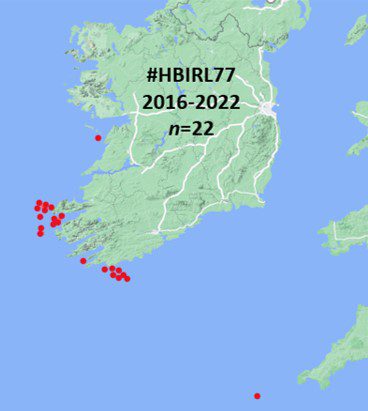 So far so good and all seems pretty normal for this individual……or is it?

Images taken by IWDG’s Nick Massett on 15th Oct. 2020 show HBIRL77 with fresh rope abrasions, resulting in exposed flesh on the dorsal surface around the tail stock (image below). New images taken just two weeks ago in West Cork, under the IWDG’s Whale Track Project, with funding support from Patagonia, show a very different left ventral fluke, with a large new area of white scar tissue, a missing portion of its fluke,  and a very obvious diagonal scar on the tail fluke. As these abrasions were not present on previous images obtained in early September 2021 from Cornwall, it seems reasonable to assume they were picked up some time over the winter and given the nature of the scars, it’s likely that their cause is anthropogenic and most likely from further entanglement in fishing gear.

Photo ID as a technique, has the potential to tell us more about these whales than simply who they are, and whether they’ve been seen before in Irish waters.  These images also give us insights into the very real threats they face daily when in our coastal waters.  You can contribute to our understanding of these magnificent and iconic mammals by reporting your whale sightings to IWDG on our reporting App, which enables you to attach any photographs or video you may have taken during your encounter.  All this data helps us put together a bigger picture and give these sightings a context, which enables us better understand some of the risks they face.

Thanks as always for your support. 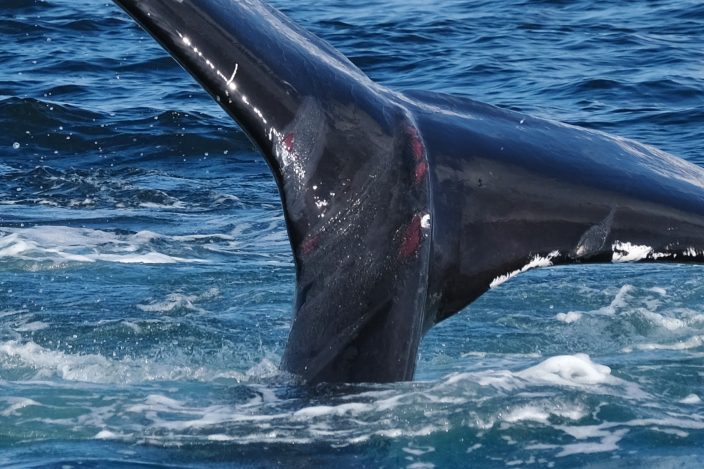 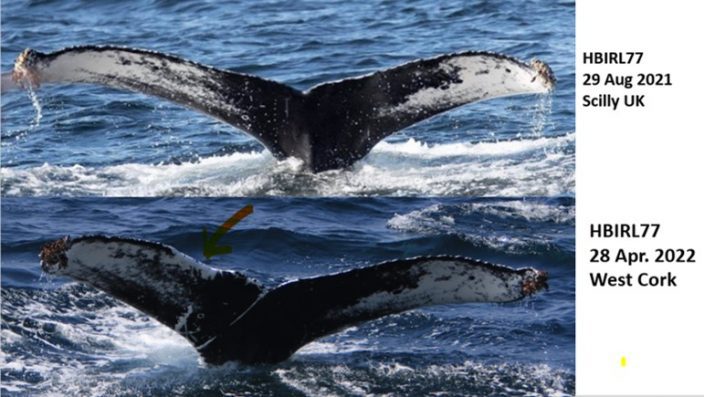