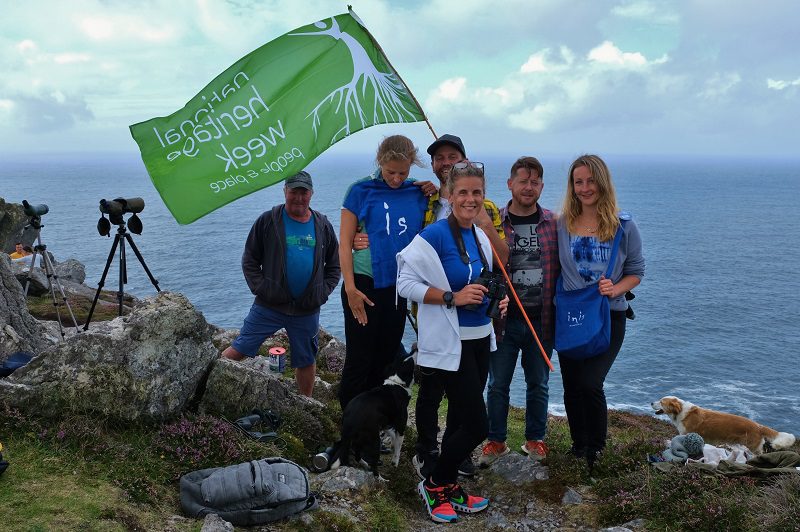 On Saturday 20th August the Irish Whale & Dolphin Group delivered Whale Watch Ireland 2022. All–Ireland Whale Watch day, now in its 20th year, comprised free, guided land-based watches, spread over 13 counties, and in all four provinces and continues to be one of the largest events on the Irish wildlife calendar.

To maximize the impact of this event it was once again timed to coincide with Heritage Week, thus helping us introduce this event to as wide an audience as possible.  The main objective of Whale Watch Ireland is to raise awareness of the 25 species of cetaceans (whales and dolphins) recorded to date in Irish waters, and to promote their conservation by highlighting public participation in our successful recording schemes, which encourage members of the public to report sightings and strandings to the IWDG.

As usual there was a good mix of both Irish and overseas visitors to the watches, and for some attending, this was their first encounter with a cetacean in the wild in Irish waters.  Those attending at many of the sites were provided with interpretation by IWDG personnel, who have considerable experience regarding cetacean identification, ecology, biology and the conservation threats facing these marine mammals. An assortment of whale artifacts were on view at some sites, and there was plenty of handouts and information sheets supplied by both IWDG and Inis, the event’s sponsor www.seathebeauty.net

This year’s event was attended by around 530 wildlife enthusiasts and visitors at 18 sites; a 38% decline from 2019. Nine counties reported a reduction in attendance, there was an increase at just 3 sites and another 3 sites remained the same. 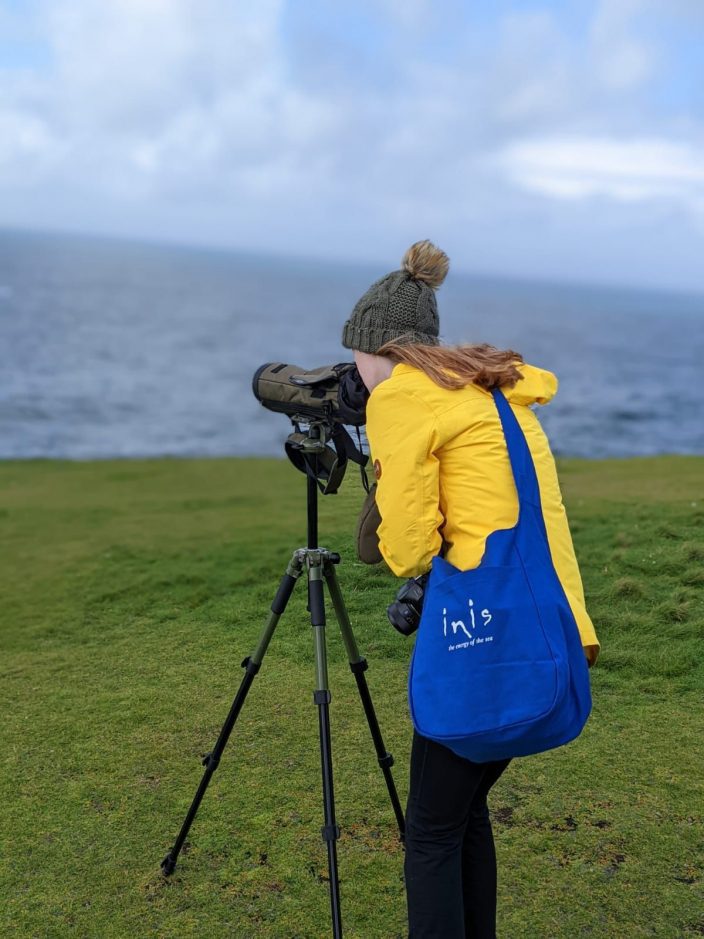 The success or otherwise of this outdoor event is generally determined by the prevailing weather on the day, and one explanation for this year’s relatively low numbers may be the very windy conditions that prevailed along much of the south, southwest and west coast, which impacted heavily on many sites potential for sightings. There was also a sense that with this event having to be shelved in 2020 & 2021 due to the pandemic, that the legacy of Covid may still have been a factor.  It was also commented on by several watch leaders, that a lot of the local population seemed to on holidays overseas!

This year most sites had poor sea states and a big ocean swells prevailed along the western seaboard; even if many sites enjoyed clear skies, these conditions not surprisingly resulted in a lower than expected cetacean sighting rate, with cetacean sightings at just 6 of 18 sites (33%). This compares with 58% in 2019, when this event was last held. There wasn’t really a standout result from this year’s event, but if one had to be chosen it would have to go to Clogher Head, Co. Louth, which produced two species with dolphin species (x2) and harbour porpoises (x4). 2nd place would also go to the east coast as the Howth Head, Co. Dublin watch produced an impressive tally of c.10 porpoises. No whales were recorded at any site.

Despite this years lower attendance and poor sighting rate, IWDG is delighted to see the resumption of All-Ireland Whale Watch day and are pleased with the overall result.  We hope that among those who attended, there will be some new members and dedicated whale watchers who are willing to volunteer some of their time and energy in furthering our understanding of the whales and dolphins that live in Irish coastal waters. Our challenge, post pandemic, is to find new and innovative ways to rebuild this important natural history event and so we may explore the potential for moving it to May in 2023 to coincide with Biodiversity Week.

From all of us in IWDG, we extend a huge thanks to Inis for their continued support for Whale Watch day, and a special acknowledgment to all our local event leaders, who gave up their time to lead their local events. Without you there could be no event. In no particular order they are Breffni Martin, Conal O’Flanagan, Justin Ivory, Brian Glanville, Harm Deenen, Andrew Malcolm, Denis O’Regan, Pádraig Whooley, Christina Winkler, Nick Massett, Sibeal Regan, Sandra O’Donovan, Gemma O’Connor, Sophie Bresnihan, Gareth Doherty, Brendan Farren, Cara Bradley & Andy Carden 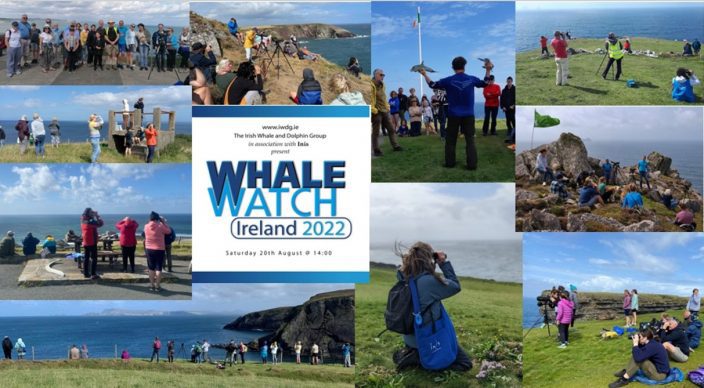