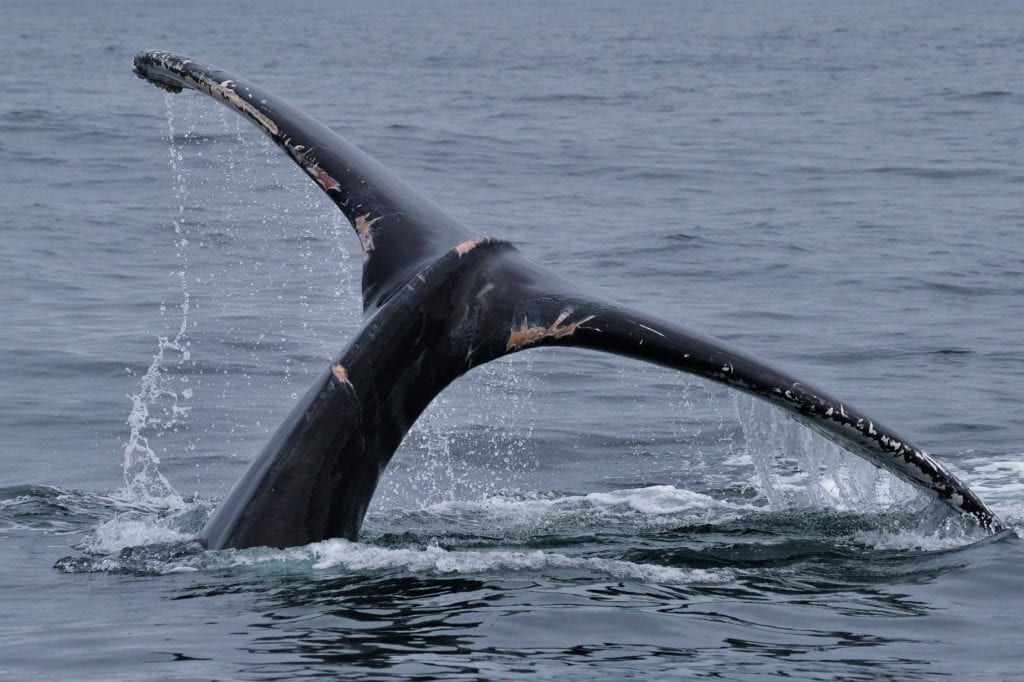 Entanglement of whales in fishing gear is an increasing issue worldwide. The IWDG have recently documented evidence of entanglement of a humpback whale in Irish waters. Humpback IRL#HB43 in the Irish Humpback Whale Catalogue was first recorded this year on 9 May spending off Toe Head, Co Cork. It was recorded three times in June also in Co Cork. On 8 August it was re-sighted off west Kerry by Nick Massett (see below). Note the clean leading edge of tail fluke apart from some superficial scratches. 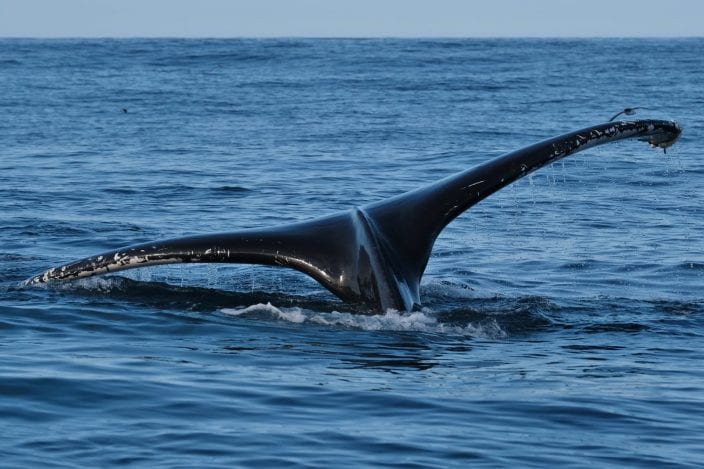 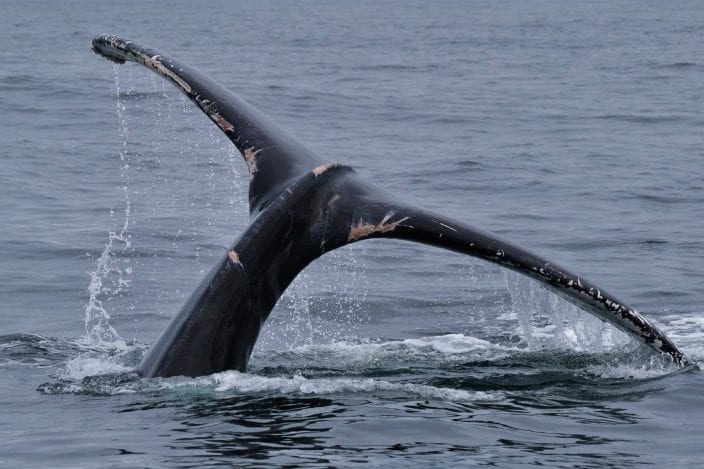 Two months later on 11 October, it was photographed again in Dingle Bay, west Kerry. On examining the images closely, photographer Nick Massett noted the scarring around the peduncle area and leading edges of the tail fluke consistent  with entanglement. This whale was photographed four times by the IWDG over this period all between Ballydavid, Sybil Head, Dingle Bay and the Blasket Islands. Clearly this whale most likely picked up these lesions off west Kerry.

Feeding inshore by humpback whales during the summer and autumn, brings the whales into close proximity to a variety of fisheries and the inherent dangers they present. It’s likely this animal got caught in the rising rope of a marker buoy to a string of lobster pots, or gill net. An anthropogenic issue for whales globally, a significant percentage of humpbacks are sustaining this type of injury, sometimes resulting in mortality.

The IWDG have images of 100 individual humpback whales in Irish waters collected during the WhaleTrack Ireland (https://www.facebook.com/WhaleTrackIreland) project including captured during over 700 photographic sessions during the past 20 years. This whale (#43) was first photographed in 2015 and has been seen in four of the last five years in Ireland since.

Entanglement is an issue of emerging concern to the iWDG. The IWDG are working with Dr Charla Basran at the University of Iceland, Husavik Research Centre to quantify the rate of entanglement of humpback whales in Irish waters to explore how big an issue it is. Charla recently published work showing that 24.8% of 379 individual humpback whales photographed in Iceland presented wrapping injuries and notches known to be indicative of entanglement.

Ireland shares a whale population with Iceland and it will be interesting to quantify the rate of these lesions on whales photographed in Ireland. This collaborative study may also reveal where on their journey from their breeding grounds to feeding grounds off Ireland Iceland they pick up these lesions.

The IWDG is planning to organise an entanglement workshop where we practice techniques developed to cut ropes from live whales. IWDG has received sponsorship from Spyderco (https://www.spyderco.com/) who have provided customised knives designed for this purpose. This workshop will be open to key partners such as coastguard, RNLI and dive clubs who have the resources and marine experience to assist in an entanglement event. 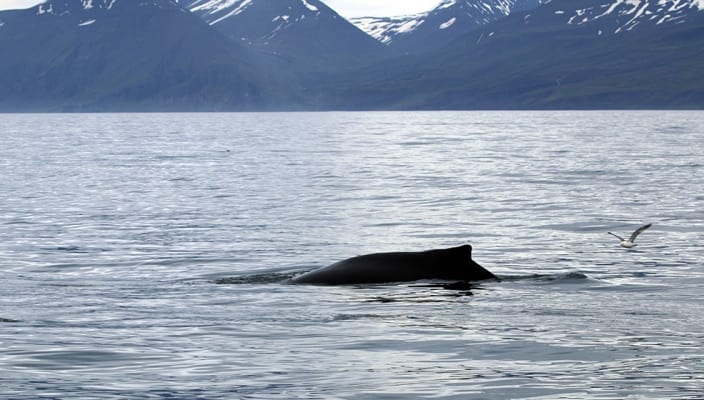