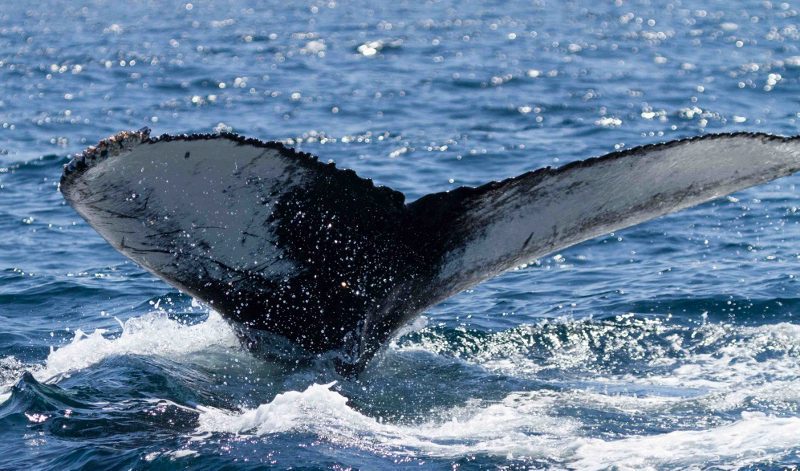 Our first international humpback match dates back to an image taken by Conor Ryan in September 2007 out on a whale watch trip with Colin Barnes off Toe Head, West Cork.  Within a few hours of our posting the images on www.iwdg.ie of its well-marked dorsal fin there was an excited call from a Wouter Jan Strietman in the Netherlands, to say that they recognised this whale, whom we’d allocated to the Irish Humpback Whale Catalogue as #HBIRL07, as it was photographed months earlier along the Dutch coast. By an interesting twist it actually returned to the same area of the North Sea in mid November that same year and then dropped off the radar. That was until 5 years later, when in November 2012 it was photographed feeding off Tromso in Northern Norway some 500km inside the Arctic Circle. It was resighted in the same area two years later in November 2014 feeding in the northern Fjords among killer whales (image below), and hasn’t been recorded since . 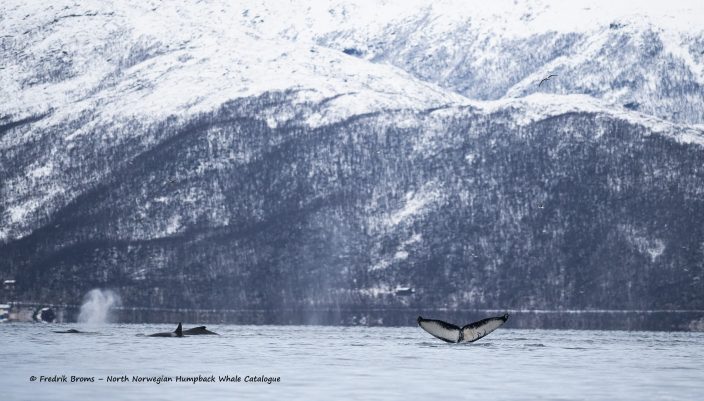 This was our only confirmed match to Norway (via the Netherlands) and certainly our highest latitude match to date.  Since then we’ve matched four “Irish” humpbacks to Iceland, most from the Husavik area in the north, which is a long way to southwest of Tromso and although just on the southern edge of the Arctic Circle, its positively tropical by comparison!

All this changed this afternoon (Oct. 1st), with an email from our friends at Happy Whale, a collective of researchers and Citizen Scientists who solicit images globally of all whale species from any country using clever recognition software for matching. They informed us of an exciting match of our #HBIRL43; a regular visitor to the Irish southwest since 2015.  This is our first international re-sighting of this individual who was the first 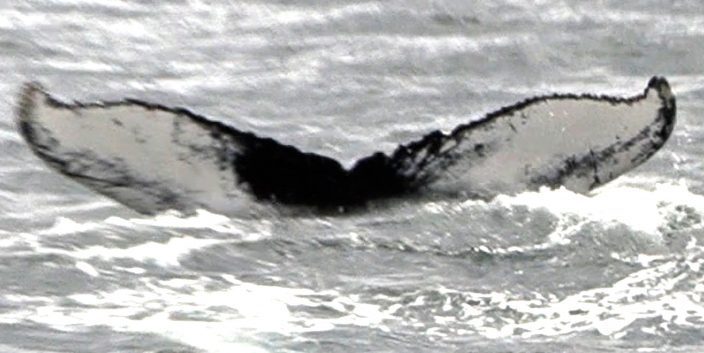 humpback recorded this season off the Stag Rocks in West Cork, again with Cork Whale Watch.  We documented it this spring/summer on four occasions between April 27th and June 6th. This match suggests it travelled a minimum distance of 3,800 km over a period of 75 days, a daily average of 50 km.  This sighting puts it c. 900 km further north of the last known position of #HBIRL07 and is our only humpback to be recorded in what we’d term the High Arctic.

In keeping with the Norwegian theme, our colleagues in the North Atlantic Humpback whale network also confirmed within the past 24 hrs the identity of another whale #NA09849, a  regular off the Tromso area and Iceland since 2012, that was photographed this summer on June 2nd some 500 km west of the Aran Islands, but we’ve decided that as this animal was so far offshore and well outside the Irish EEZ in International waters, that for now anyway we’d keep it off the Irish catalogue, but it’s another important link to Norway and who knows just how useful these offshore encounters may prove to be in years to come as IWDG continue to unravel the mystery of this most iconic of our whales.

So while we’ve had a particular focus in recent years on Iceland;  perhaps its further north we need to be looking in the years ahead….much further north.  Time to wrap up folks! 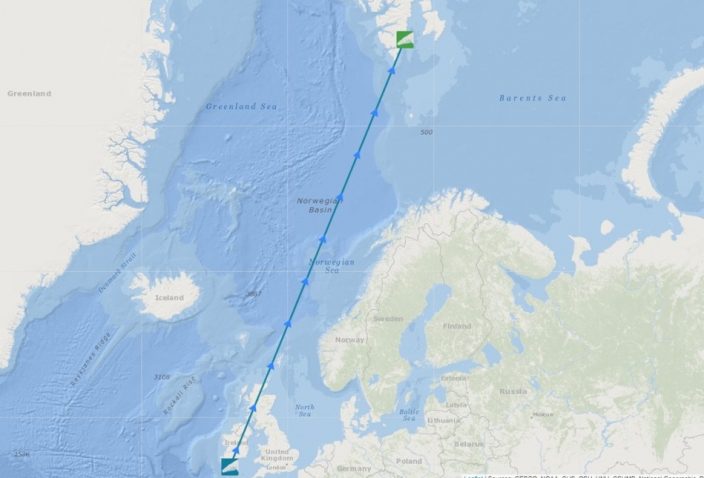 In memory of Aisling.