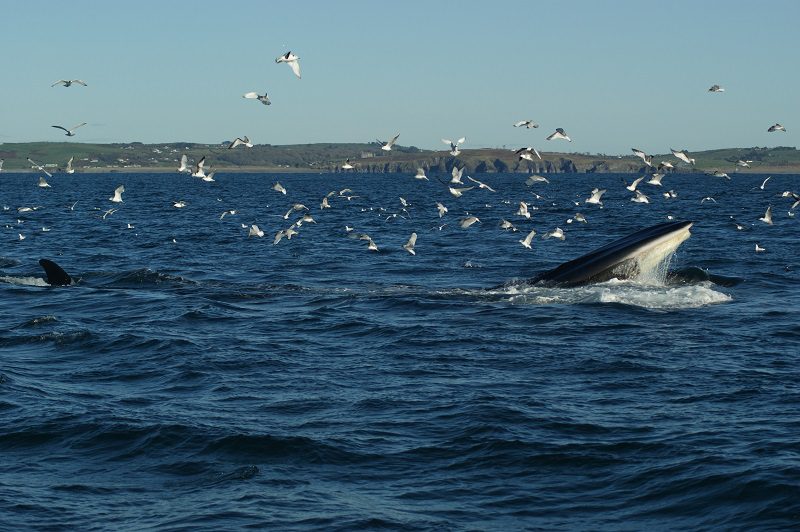 During November IWDG hardly received a single whale sighting record……in fact an attempt at mapping all whale sightings for the first half of the month results in zero sightings and a completely blank map.  What is odd is that November is historically a really good time, if not the best time, for large whale sightings in Irish inshore waters.  So what happened in December?

Well the answer is quite simply explained with one word….WEATHER! 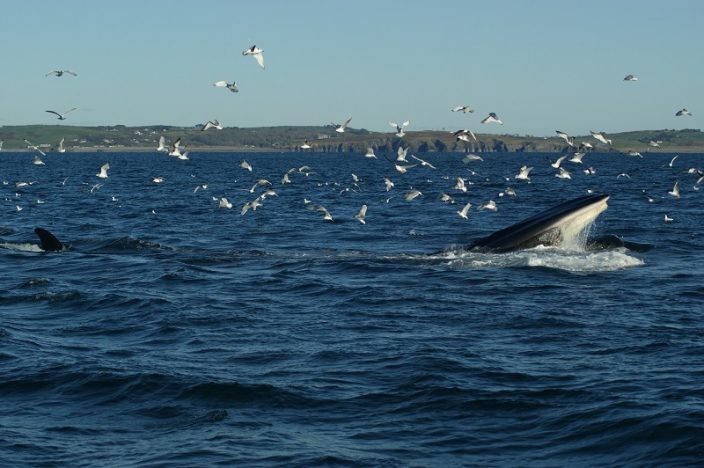 This is as good a time as any to delve a little deeper into the relationship between our weather and how it impacts on the sightings data received by IWDG.  So, the first question we’ve to ask ourselves is, “were there really no minke, fin or humpback whales in Irish inshore waters week after week during November? The answer is of course a resounding “NO”, and before this gets confusing what I mean is that there were of course whales, but our ability to detect them was reduced to almost zero because of the prevailing Cyclonic regime throughout the month.

Without getting too technical……in meteorology a cyclone is described as a large air mass that rotates anti-clockwise around a centre of low atmospheric pressure, which from an Irish whale watchers perspective is exactly what we don’t want, as it puts us right in the path of the “Jet” or the Jet Stream.  This sounds innocuous enough, but the Jet stream, which comprises currents of air that flow west to east, above us at speeds of up to 180 km/h, is what brings us all that bad stuff…… what I call the 3 weather W’s (warm, wet and windy). This is precisely what happened in November, and while the weather may be mild, this is about as much as you can say about it, as it’s mild because its origins are generally from warmer regions and so the unstable airflow is also moisture laden and turbulent, all of which results in sloppy seas with white caps and big ocean swells; definitely not the sort of conditions that you’ll be able to spot whales in, even large ones, in big numbers, no matter how close to shore.

December couldn’t really have seen a greater contrast, as our weather has been governed by an anti-cyclonic regime, and just as cyclonic conditions give us low pressure, anti-cyclonic conditions result in high pressure, which at this time of year is always going to be cold, but it’s not just cold, it’s got the 3 weather C’s, (cold, calm and clear), and this is why the IWDG whale sighting map for the first two weeks in December is in such sharp contrast to November’s blank.

So the airmass, which typically comes from polar regions brings us very clear air, as it’s largely free of atmospheric pollution and with air as clear as gin, it’s so much easier to detect those distant fin and humpback blows. The same blows which in summer can be easily masked in rain showers, haze and heat shimmer, now stand out as brilliant white beacons against a clear blue sky.

As you can see from this sighting map most whale sightings (90%) reported to us in recent weeks are along the Irish South coast Counties of Cork and Waterford, and of these, the largest number are fin whales (50%), followed by minke whales with a few humpback sightings from Slieve League, Donegal Bay area and off Helvic Head, Co. Waterford.  So with almost all tour boats now sitting idle in boat yards, we may well be missing a trick as it would be a mistake to write off the potential for land-based whale watching in Ireland, yes, even in mid-winter.  All we need is a little of the right weather, and just by way of a recap……. 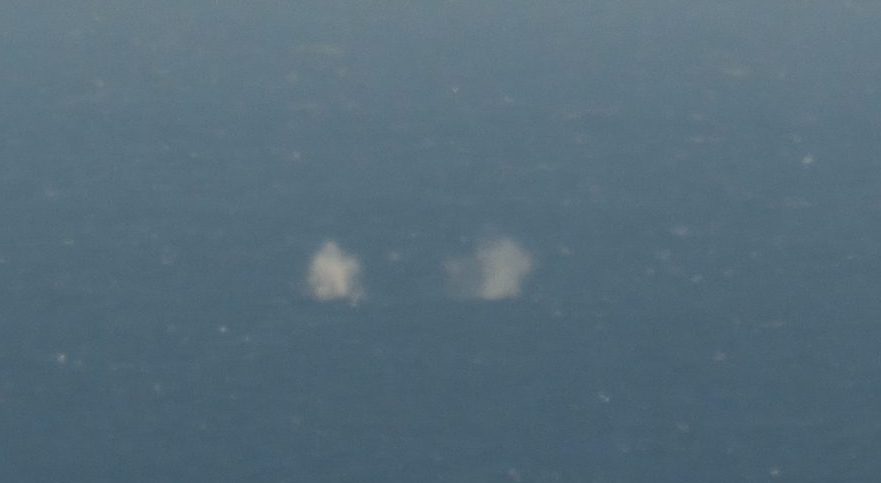 As we approach Christmas and the New Year the tendency is for these large whales to track east along the Celtic Sea in search of nutritious spawning herring and sprat and so assuming the roads aren’t too icy, you could do a lot worse than putting in a little cliff time along the many headland vantage points from east Cork, along the Waterford coast into Wexford. Based on your sighting reports, we’d recommend any of the following as having strong winter whale watching potential: Ballycotton, Knockadoon (Cork), Ram Head/Ardmore, Mine Head, Helvic, Bunmahon, Dunabrattin, Annestown, Tramore, Dunmore East (Waterford), Hook Head & Baginbun (Wexford).

But this list is not exhaustive. So don’t be deterred if you don’t live anywhere near the south coast as whales and their smaller odontocete cousins can and do show up in the least expected places over the winter months. This week’s confirmed sighting, a first, of common dolphins from the Killimer/Tarbery ferry on the Shannon is a case in point and serves to remind us of the year-round potential for watching and reporting whales and dolphins in Irish waters.

We extend a huge mile buíochas to the hundreds of IWDG members, whale watchers, enthusiasts and Citizen Scientists who reported thousands of sighting observations to IWDG for validation.  We very much appreciate your voluntary effort and look forward to sharing more exciting discoveries with you in 2023. 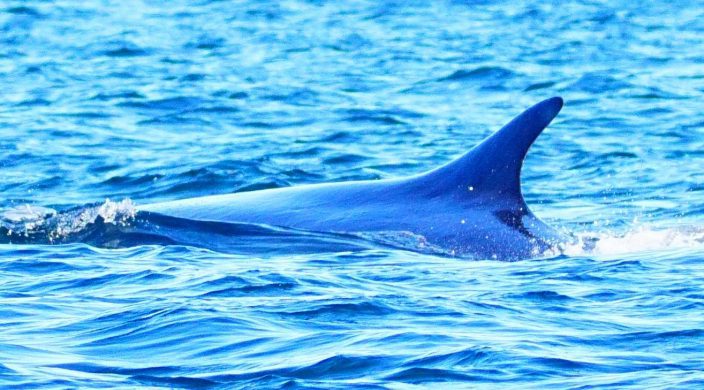